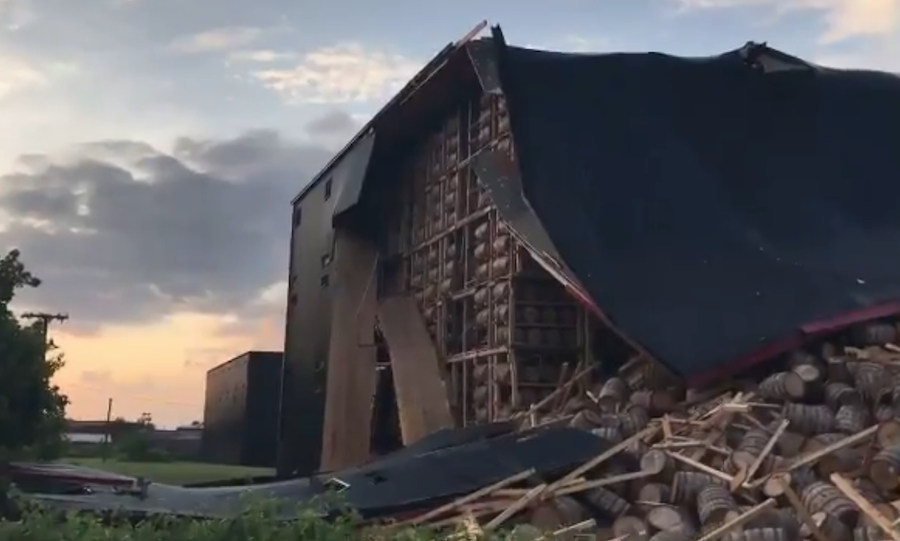 BourbonBlog.com is just learning the sad news that at least 4,000 barrels of Bourbon could have been affected as a rickhouse at O.Z. Tyler Distillery from 1967 collapsed last night around midnight.

Reports are that no one was injured.

Tyler Distillery rickhouse in Daviess Co. has collapsed. You can see (and smell) the barrels that were inside. The master distiller was just out here and tells me everything is contained. They don’t believe anything is leaking from the barrels at this time.

Master Distiller Jacob Call tells us that he isn’t sure what caused the building to come down. He said engineers will be out to investigate and see if the collapse was storm-related.

He says the building stored around 20,000 barrels of bourbon and it looks about 4,000 fell. He hopes those can be saved.

Ewing Road is closed from 2nd street to Yellowstone Drive due to the collapse. Officials say they aren’t sure right now when the investigation will allow them to open the road back up.

Watch the video and learn more on this link.

Subscribe to our newsletter to be first to learn about Bourbon news. 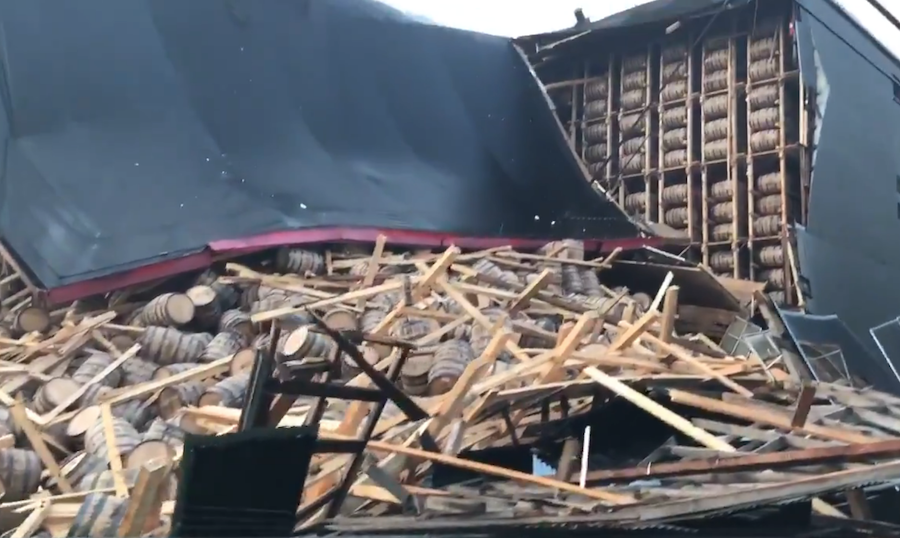