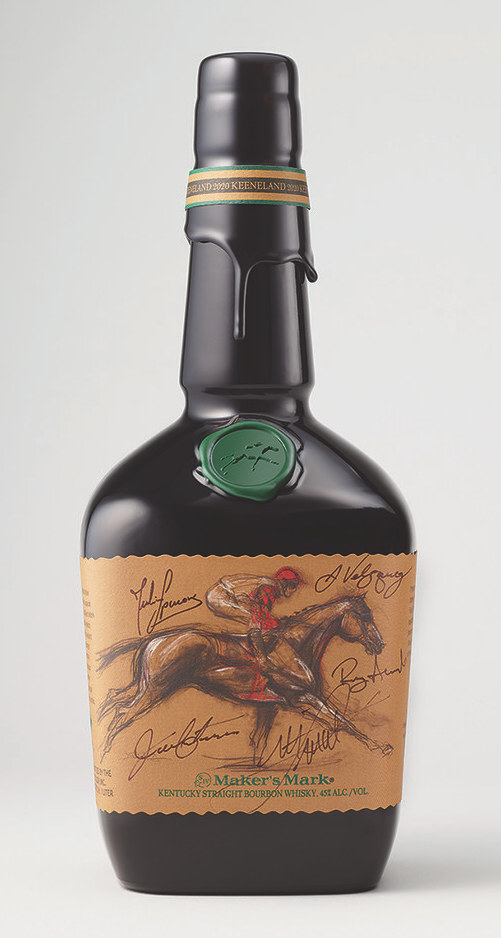 Keeneland and Maker’s Mark tell BoubonBlog.com they have teamed up to release the 2020 Maker’s Mark commemorative bottle on July 3, with all proceeds to benefit the Permanently Disabled Jockeys Fund (PDJF), an independent charitable organization that provides financial assistance to jockeys who have sustained debilitating on-track injuries.

Where to Buy and About the Bottle

Kentucky retailers will be the only ones to sell this limited-edition Bourbon whiskey bottle going on sale on July 3t. Each bottle has been signed in advance by the five leading active stakes-winning riders at Keeneland including Julien Leparoux, Robby Albarado, John Velazquez, Javier Castellano, and Mike Smith – in addition to Maker’s Mark Managing Director Rob Samuels and Keeneland President and CEO Bill Thomason. 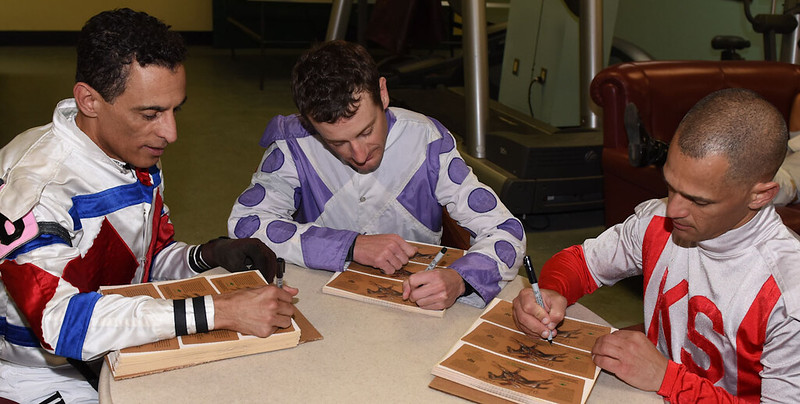 The bottle’s design features black wax on the top and neck, a green wax Keeneland seal on the front, and a gold label featuring an illustration of a jockey in white and red silks aboard a Thoroughbred racehorse. The illustration is the work of Louisville artist Jeaneen Barnhart, renowned for a large portfolio of equine art that includes several posters for the Kentucky Derby Festival which she designed with her twin sister, Doreen. 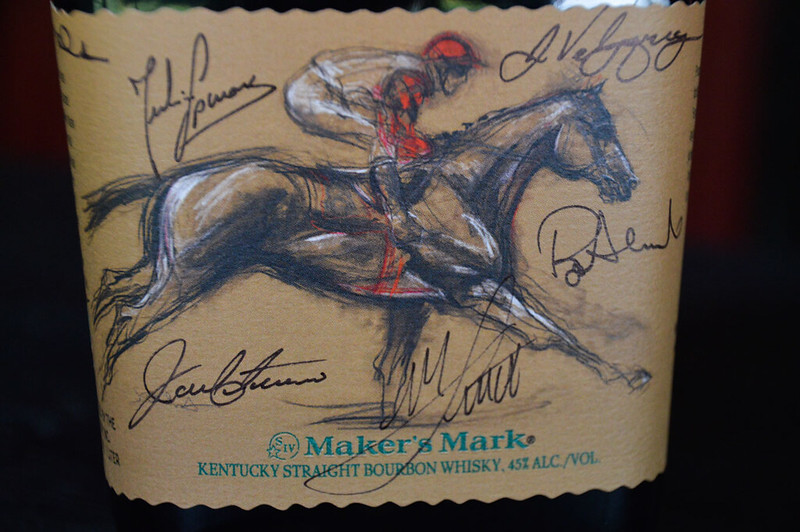 “Jockeys are truly some of the best athletes in the world and put their lives on the line every time they mount a horse,” says PDJF President Nancy LaSala. “Because of this, we’re so thrilled that two of Kentucky’s great institutions – Keeneland and Maker’s Mark – have come together in such a creative way to help disabled jockeys who can ride no more.”

“I’ve been involved with several Keeneland and Maker’s Mark bottles that raise funds for worthy causes,” says Hall of Fame jockey Mike Smith. “But this one really is where my heart is. Autographing a bottle is such a simple thing to do, and it’s great knowing that I’m playing a small role in helping other riders whose careers were cut short.”

“The people in the horse industry of Central Kentucky have played a big role in the history of Maker’s Mark,” says Rob Samuels, who is an eighth-generation whisky maker. “When my grandfather started Maker’s back in the 1950s, the horsemen supported him and helped spread the word that his bourbon was worth sharing. So, we’re honored to share something back in a meaningful way.”

“We are always gratified by the enthusiastic public response to the Maker’s Mark commemorative bottle, and we are so pleased sales this year will benefit the critical work of the PDJF,” Keeneland President and CEO Bill Thomason said. “We thank our longstanding partner, Maker’s Mark, and Julien, Robby, John, Javier, and Mike for their strong support.”

For more updates on new Bourbon releases, subscribe to our newsletter on this link.

The PDJF is a 501(c)(3) charity providing financial assistance to approximately 60 former jockeys who have suffered catastrophic on-track injuries. Founded in 2006, the PDJF has disbursed over $11 million dollars to permanently disabled jockeys, most of whom have sustained paralysis or traumatic brain injuries. The Fund is a cooperative effort among race tracks, jockeys, horsemen, owners, and racing fans. 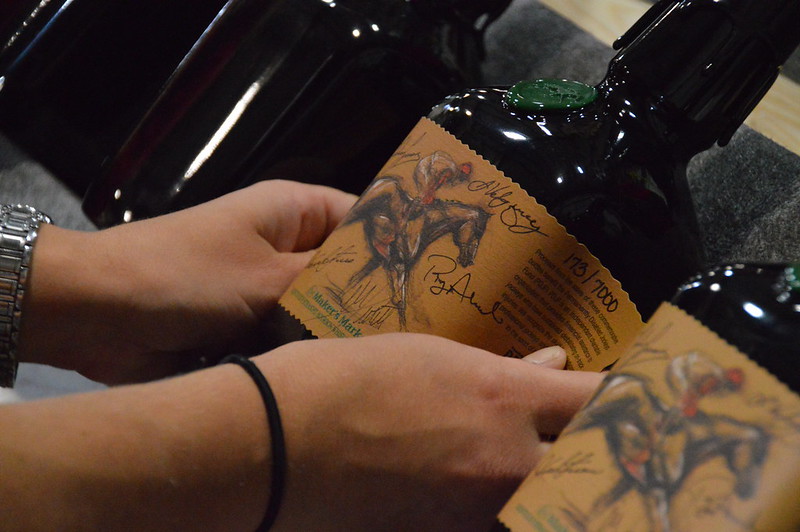