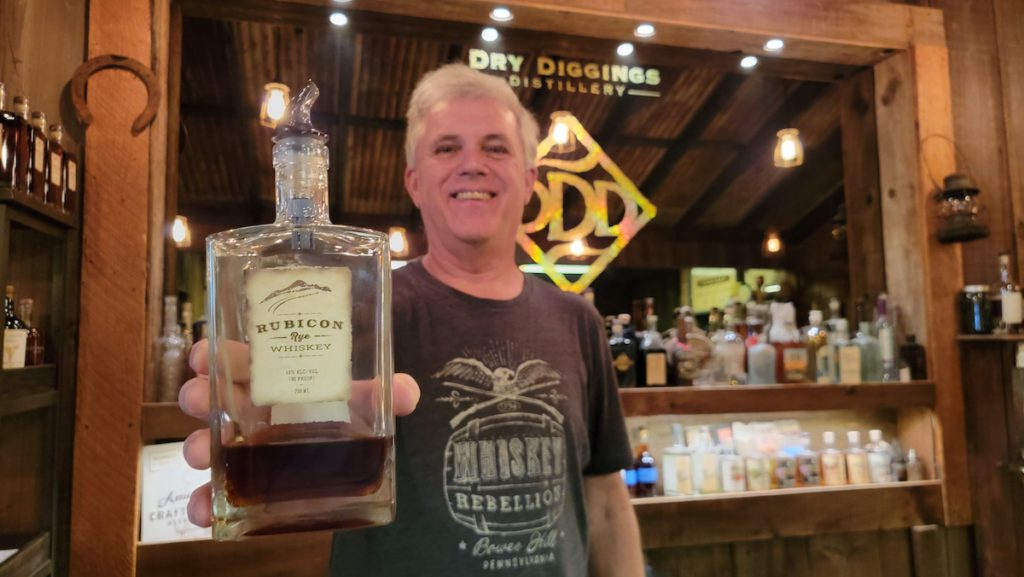 There are a lot of craft distillers in the United States today and thankfully the market for independent spirits producers shows no signs of slowing down. Americans – as well as others around the world – are recognizing the value of craftsmanship, unique stories, and innovators who are trying new twists on the ancient practice of turning sugar into alcohol. However, there are few out there that are true rockstars who manage to combine business acumen with creative prowess and scientific expertise to not only craft but market and sell their wares at an industry-leading level.

Among those who have managed to assemble a team that can do that, fewer still have the political experience to help craft laws and guide fellow entrepreneurs in a way that ultimately leads the entire industry forward. … or at least for those of us in California like myself. 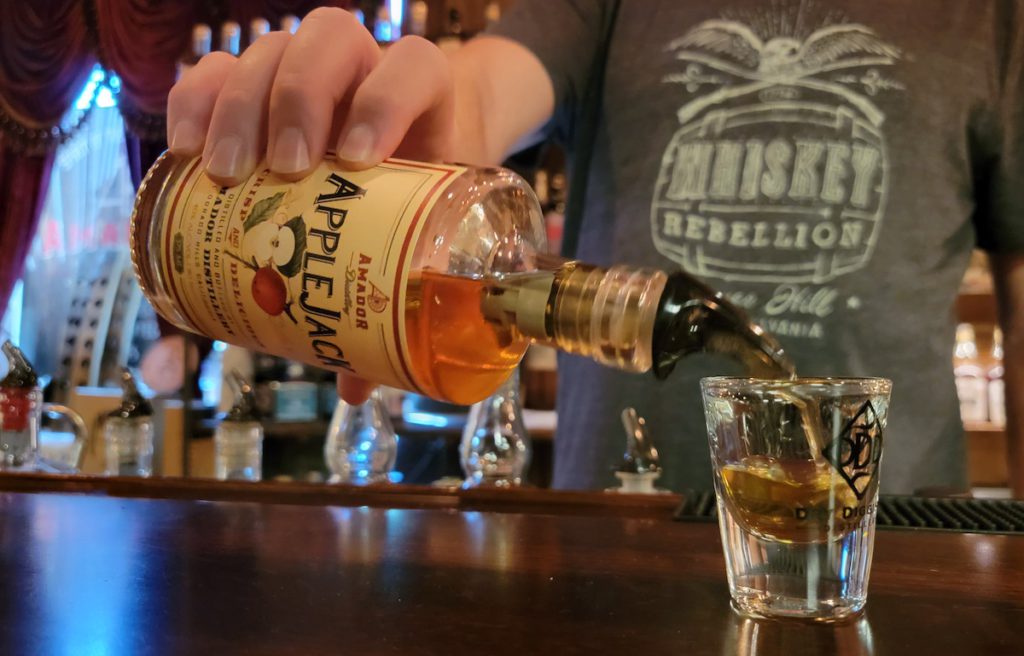 Cris Steller. founder and owner of Dry Diggings Distillery is one of those rare people and he is leading a team that is not just producing a full portfolio under his own label but is also working with some of the biggest “celebrity” whiskey brands out there.

Dry Diggings is located in El Dorado County, near Placerville, CA which sits between Sacramento and Lake Tahoe. In fact to add a bit of color to the story – the name Placerville is only a recent name. Previously the area was known as Hangtown and before that Dry Diggings due to the non-river mining activity that happened before the big gold rush in 1849.

That’s right, this is a fabled area where gold was discovered in 1848 and Sutter Mill, along with the Gold Discovery Park is just minutes away. 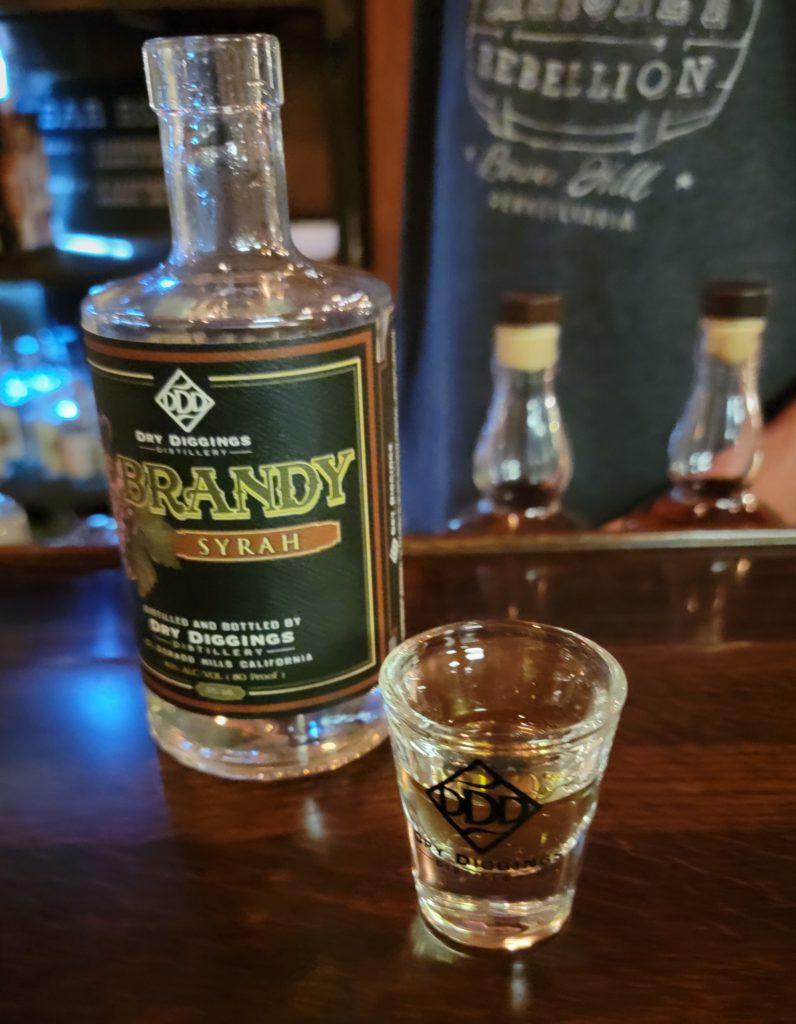 Today though, the story has moved away from gold, and the county hosts more than 1,300 farms producing crops that include grapes, apples, and walnuts. However, they enjoy proximity to California’s central valley where they can source pretty much anything imaginable within just an hour or so from the distillery.

That gives Chris and the team at Dry Diggings a great opportunity to produce what he calls “Grain to Glass” spirits.

They were established in 2008 and opened to the public in 2015. They are currently in the planning stages of opening a restaurant so that they can secure a more liberal license that would allow visitors to enjoy a wider range of their spirits. 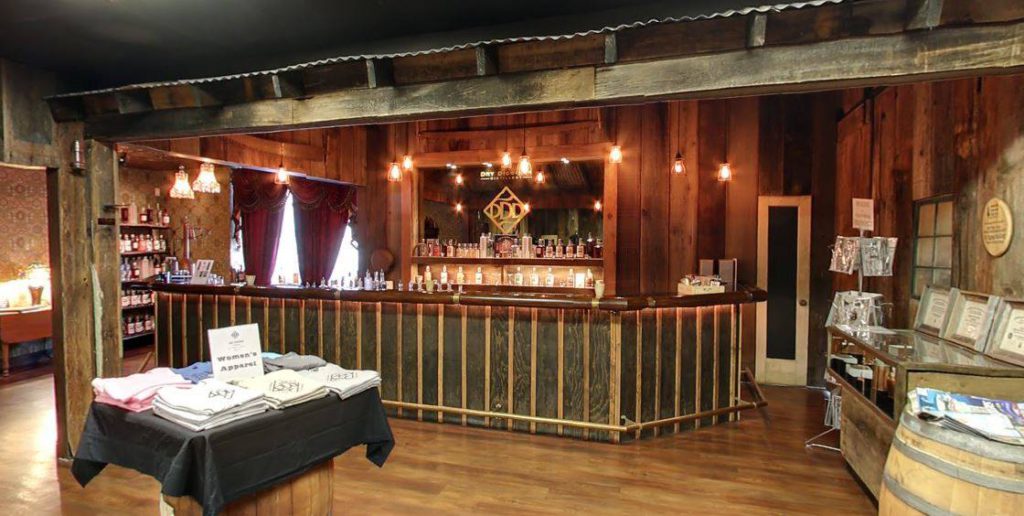 Upon arriving at his rather nondescript industrial park location I frankly wasn’t prepared to find what we discovered inside. It isn’t that it was in a bad part of town or that it was the first such location that I’d found a distillery. In fact, this setting is pretty common here in California for distillers and brewers. However, like one of those special hidden secret bottles that you look at on the shelf but might not buy unless your friend tells you about it … inside the building was a remarkable “Wild West” style saloon bar that was completely stocked with his product. 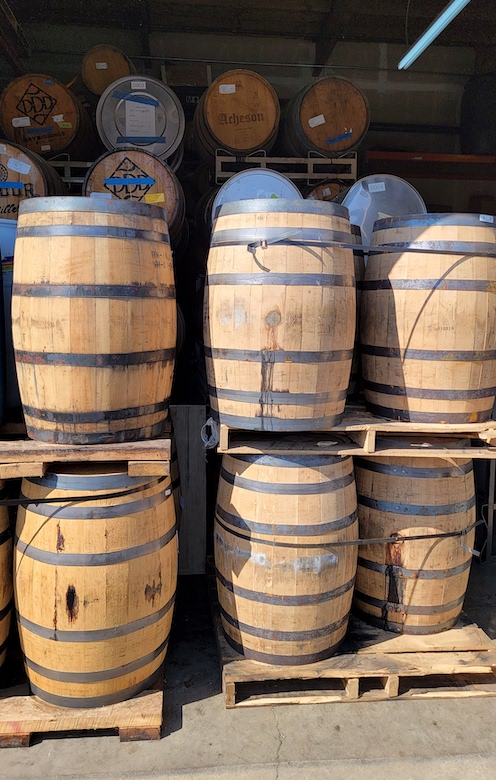 Again, this is somewhat remarkable since I’ve visited plenty of distillers who have 5, 10, or 20 different bottles across different spirits types but generally speaking most of those folks really only have 1 or maybe 2 bottles that stand out.

Here though, as we tasted our way through small “tongue wetter” samples it quickly became clear that Chris understood whiskey – but also vodka, gin, rum, brandy, and even some lesser-known regional favorites like apple jack.

Among these, his pride and joy is Rubicon Rye Whiskey, which we bought a bottle of to take home with us but it was a close call between that and their AppleJack (brandy).

Everything here that we tasted beckoned me to try more but that’s part of what makes road trips fun and exciting, … you always have to leave something to come back to!

NOTE: California law is very strict on the number of tastings in a distillery and I was driving so my goal was to be as safe as possible. I can’t wait to come back and try more when they open up their restaurant and saloon concept sometime soon.

James Hills is the founder and publisher of ManTripping.com. It is the top Men’s Lifestyle & Travel Blog covering food, wine, spirits, fishing, trucks, gadgets, sports, and fashion for men, dads, & the women who love us.