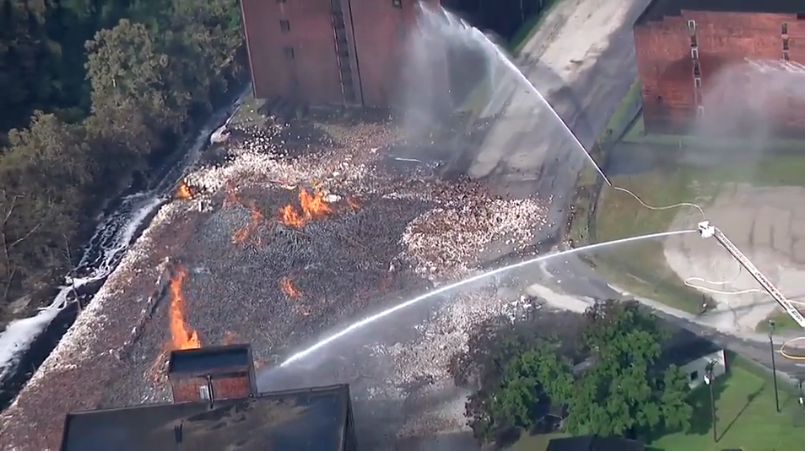 Approximately 45,000 barrels of bourbon are at risk as firefighters continue to battle a blaze today at a Jim Beam warehouse at the former Old Crow Distillery on McCracken Pike near Versailles, Kentucky.

The initial fire, which spread to the second warehouse, may have been sparked by a lightning strike on Tuesday night.

Fortunately, there are no injuries reported at this time. Jim Beam’s full statement is below.

According to the Emergency Management, crews were able to extinguish one warehouse, but crews could be working at the scene through Wednesday night.

Reports are that a second emergency response team was tasked with bringing foam to contain the fire, and a local business was hauling sand to the scene to limit runoff from flowing into a nearby creek.

Subscribe to our Bourbon newsletter to be first to learn about more whiskey news. 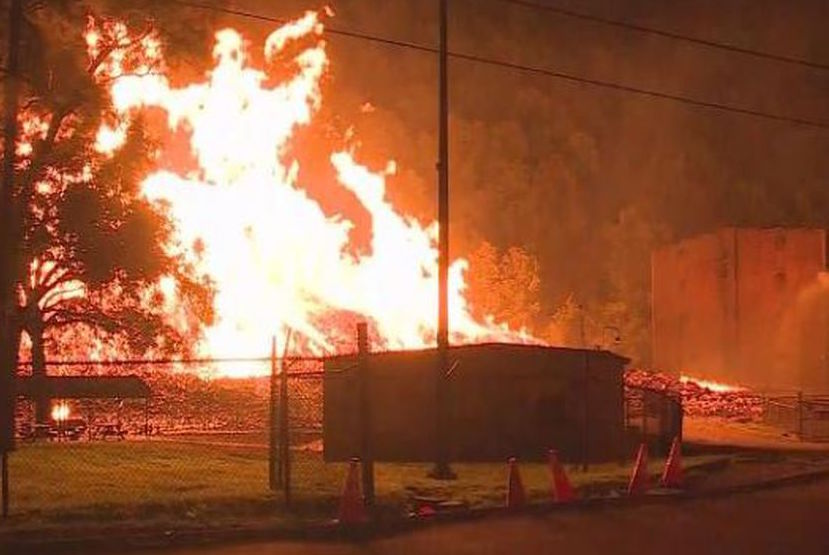 We are thankful that no one was injured in this incident, and we are grateful to the courageous firefighters from multiple jurisdictions who brought the fire under control and prevented it from spreading. Initial reports suggest the fire resulted from a lightning strike, and we will work with local authorities to confirm the cause and to remediate the impacts.

We have a comprehensive warehouse safety program that includes regular inspections and rigorous protocols to promote safety and the security of our aging inventory. We operate 126 barrel warehouses in Kentucky that hold approximately 3.3 million barrels for our brands, and the warehouse that was destroyed contained 45,000 barrels of relatively young whiskey from the Jim Beam mash bill. Given the age of the lost whiskey, this fire will not impact the availability of Jim Beam for consumers.

We appreciate the support of our neighbors and the Kentucky Bourbon community as we manage through this incident.

The statement was given to BourbonBlog.com by Beam Suntory