Proof and Wood Ventures, Inc. tells BourbonBlog.com they are releasing a very rare American Light whiskey that was distilled in 1992 and dumped in 2018 Thus, it is 100 seasons old. Only 500 bottles were produced.

Each hand-numbered bottle is placed in a specially crafted gift box. It is part of the “Curated Collection” from Proof and Wood.

American Light whiskey is a category of whiskey distilled between 160 and 190 proof and aged in used cooperage. American Light was originally intended to compete with lighter spirits. While the “lighter” whiskey category didn’t pan out, it’s great to use in blends and is aged in used cooperage, which stands the test of time. The whiskey at 25 years is world-class on its own; deep caramel and gingerbread notes jump at you immediately, notes of chocolate and stone fruit complete the finish with some strong wood notes reminding you of the whiskey’s age.

Dave Schmier, Proof and Wood Ventures, Inc. Founder and Owner says, “What were you doing in 1992?  I was living in an old mining shack in a Colorado ski town. Meanwhile, over in Lawrenceburg, Indiana, at what was then known as the Seagram’s Distillery, they were continuing their tradition of distilling quality and interesting whiskey.”

Rarely do we find whiskey this old anywhere, especially in the US. It certainly makes me contemplate the passing of time and what went on in the world when this whiskey was distilled and as it has aged. Join me in drinking and contemplating the past as we toast the future! 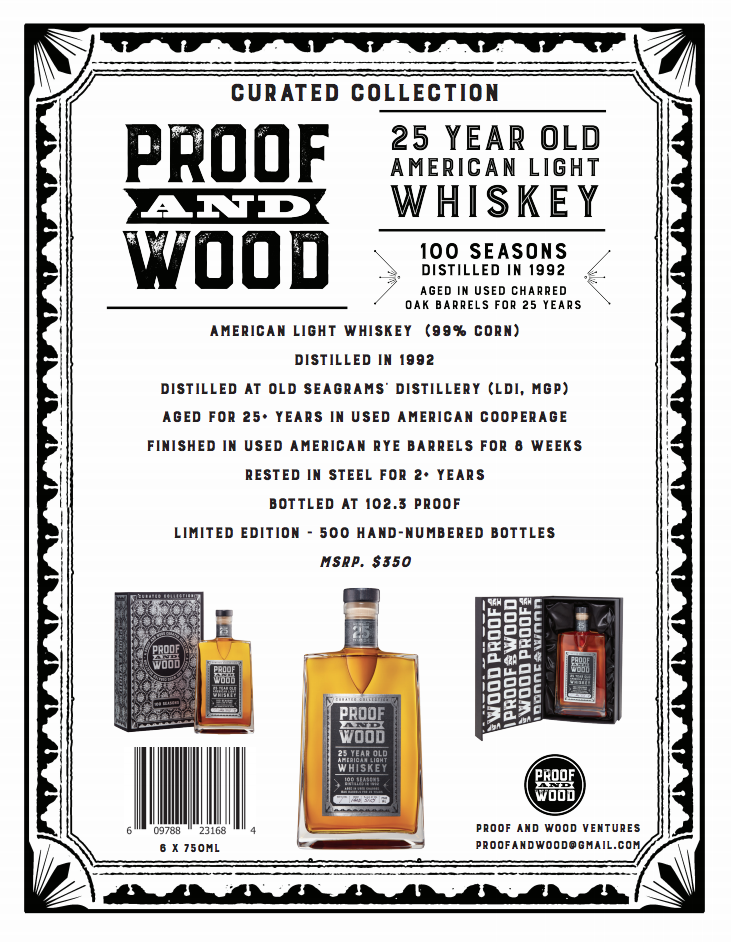