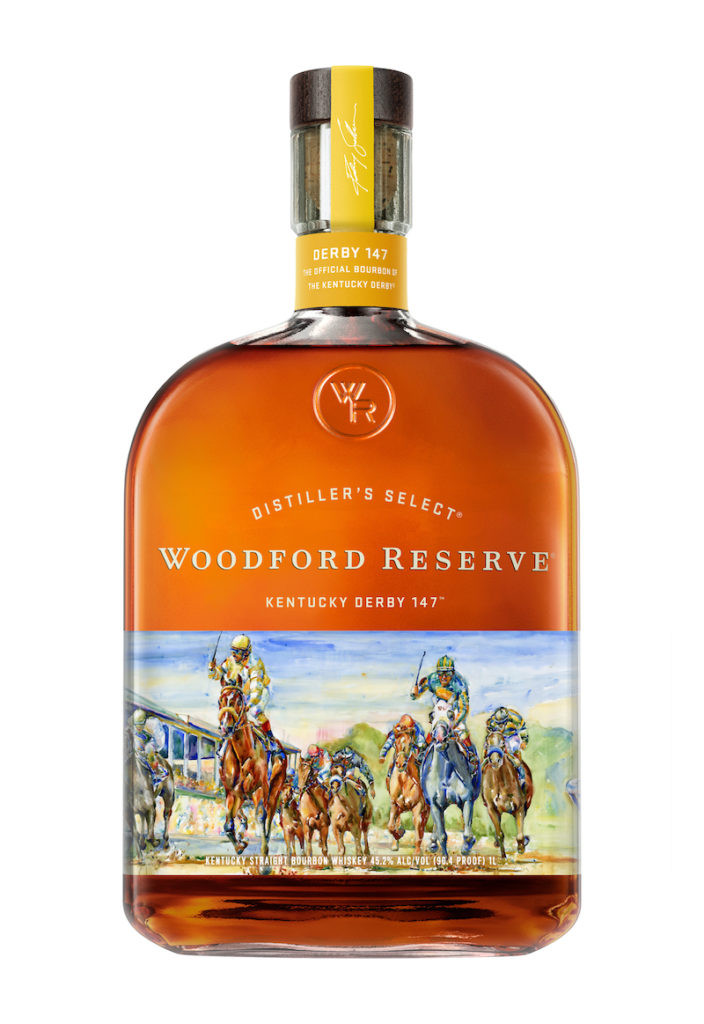 Woodford Reserve, the Presenting Sponsor of the Kentucky Derby, tells BourbonBlog.com that they are honoring “The Greatest Two Minutes in Sports” with the release of its 2021 commemorative Derby bottle. The one-liter bottles of Woodford Reserve Bourbon are on now sale across the United States and the globe with a retail price of $49.99.

It features the artwork of Louisville resident Richard Sullivan, a former professional baseball player. Sullivan’s stunning watercolor is of thoroughbreds as they thunder down the stretch.

It was designed as a complement to last year’s Derby bottle artwork, which Sullivan also created.

BourbonBlog.com’s Tom Fischer interviewed Richard Sullivan about his bottle art on BourbonBlog Live on the video shown below and linked here.

“There is a depth of beauty in Richard’s watercolors — and his back-to-back Derby bottles are a winning exacta,” Woodford Reserve Master Distiller Chris Morris tells BourbonBlog.

“The Kentucky Derby is resplendent with color, pageantry, and pure athleticism — and I wanted to capture that in my artwork,” Sullivan explains.

Sullivan played baseball at Savannah College of Art and Design (SCAD), and in 2008, he was drafted by the Braves in the 11th round as a junior and played six years of minor league baseball. He returned to SCAD in 2014 to finish his degree and focus exclusively on his artwork.

His work is featured across the United States, including at The Atlanta Braves Truist Park, Mercedes Benz Stadium, and the National Baseball Hall of Fame.

Sullivan says he enjoys the parallels between sports and creativity, connecting two seemingly divided worlds that, in reality, require the same sense of dedication, practice, and expertise.

The Derby bottle has been an annual collector’s item anticipated by bourbon and racing fans since 1999. 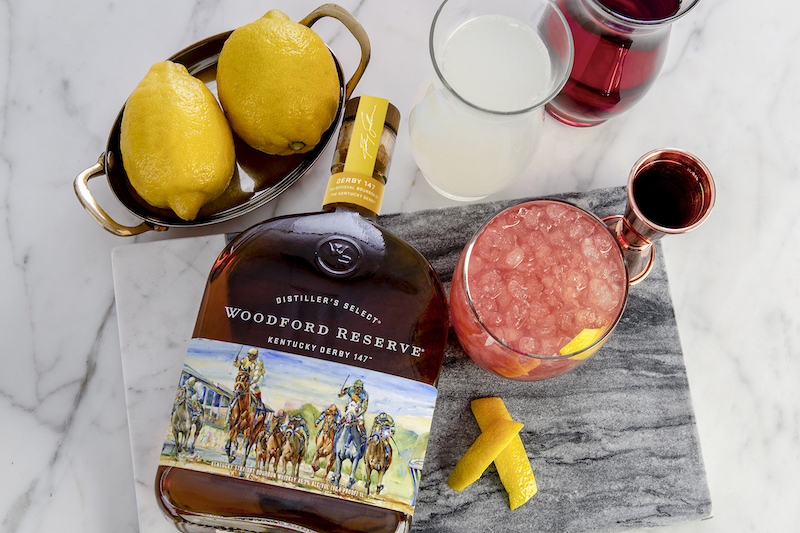