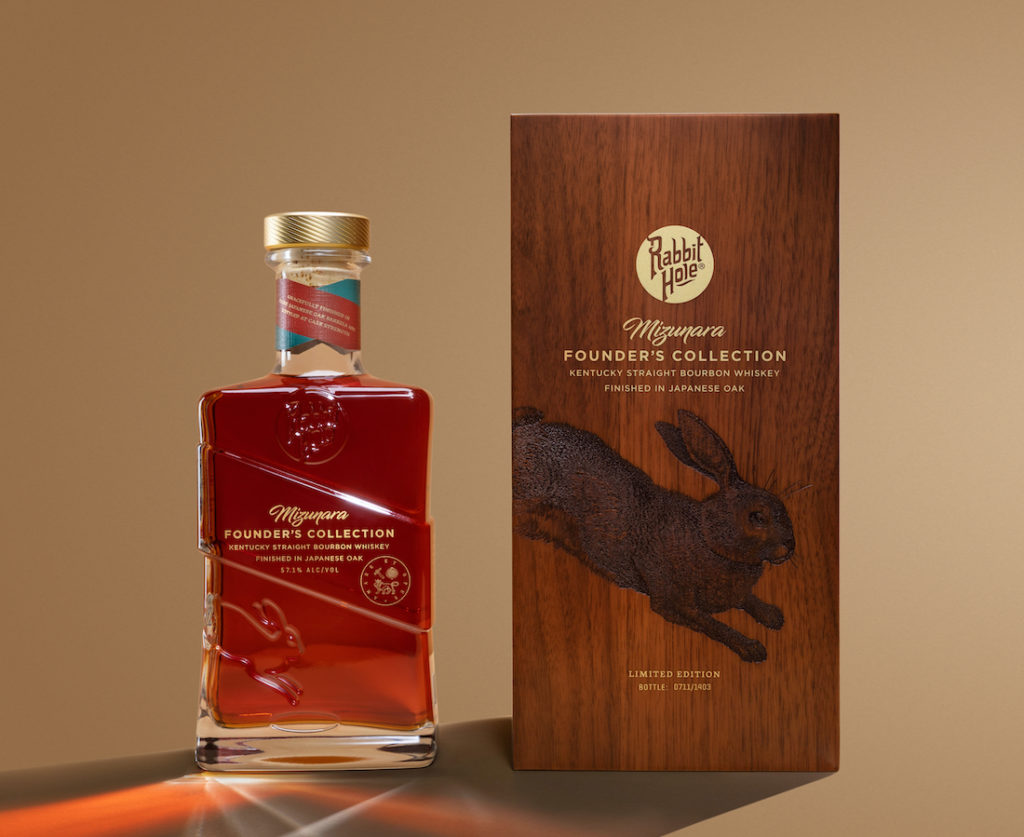 Rabbit Hole Mizunara Founder’s Collection is out now with only 1,403 sequentially numbered bottles will be released for a suggested retail price of $1,500 per bottle.

Rabbit Hole says this Mizunara Founder’s Collection is the marriage of two traditions and terroirs and is comprised of ten total rare 15-year-old Kentucky Straight Bourbon whiskeys selected by Kaveh from his private collection.

They say that each of the ten different whiskeys was well balanced and exceptional on its own, yet when blended, the whiskeys created a story of dimension and complexity.

To explain the process for this release, Kaveh Zamanian takes us back to the days before he founded Rabbit Hole. It was then that he began curating his personal collection of whiskey barrels as he selected those that “spoke to him.” Kaveh purchased these barrels, admittedly not knowing what he would do with them.

He cloistered the charred American oak barrels, allowing them to expand, contract, and deepen the whiskey’s complexity for fifteen years of vibrant seasonality in Kentucky. 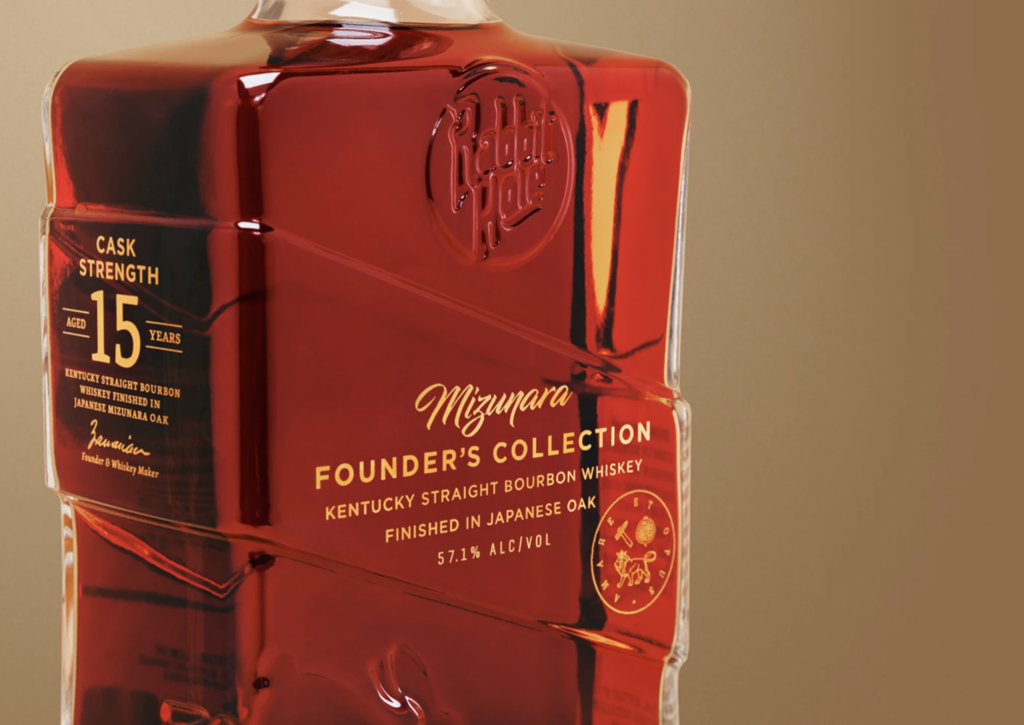 About the Mizunara Finishing Process

Kaveh says he instinctively knew that this special whiskey could be made even richer by additional aging in virgin Mizunara casks. Working for 2 years to acquire the right casks, he ultimately selected the family-owned Ariake Sangyo cooperage in Shochu Island, Japan.

Made from indigenous wood harvested from 200-500-year-old oak trees and charred at levels 3 -5 mm, the hand-shaped Ariake Sangyo casks are said to bring forth notes of scented wood, mint, and an array of exotic flavors.

When the yearlong Mizunara cask aging was complete to his liking, Kaveh decided that this truly rarefied whiskey simply had to be shared and he did so at cask strength, so the true essence of the whiskey would take center stage.

Kaveh tells BourbonBlog.com, “I have long had a desire to explore the impact of terroir on whiskey. By blending and maturing 15-year-old Kentucky Straight Bourbon in new Japanese Mizunara oak, I set out to push the envelope on innovation, creating a truly unique expression that gives connoisseurs an opportunity to experience the marriage of two whiskey terroirs.

It was a bold choice, an act of risk and reward for me to take some of the oldest and finest bourbons from my personal collection and finish it in Mizunara casks. I could not be more pleased with the result; Rabbit Hole Mizunara Founder’s Collection is one of the finest whiskeys I have ever tasted and I take great pride in being able to share it with those who have a passion for one-of-a-kind whiskey.” 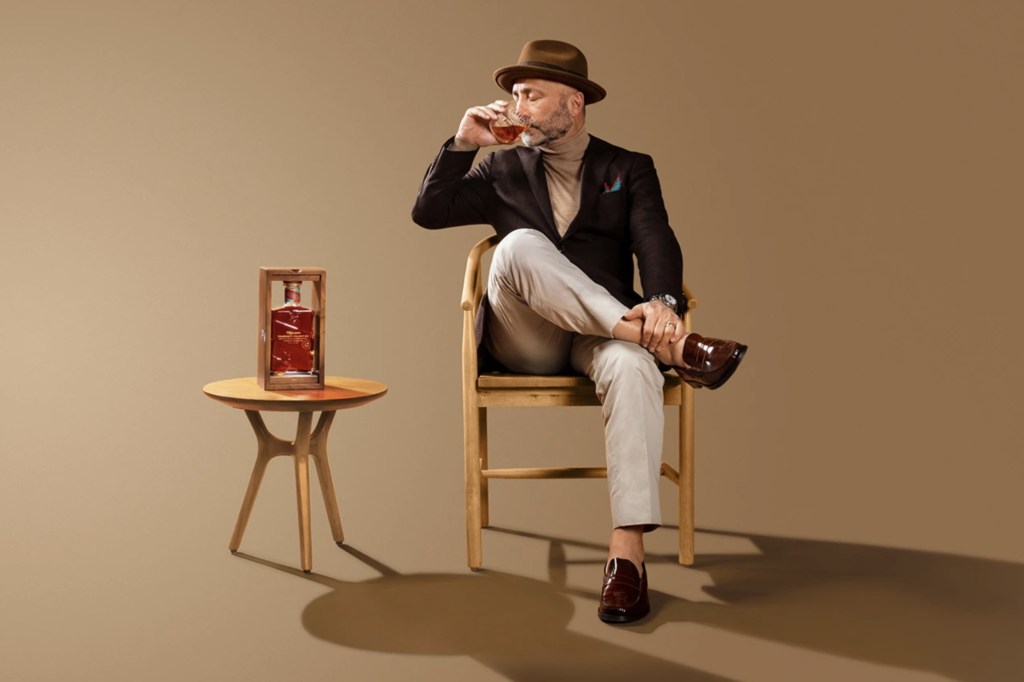