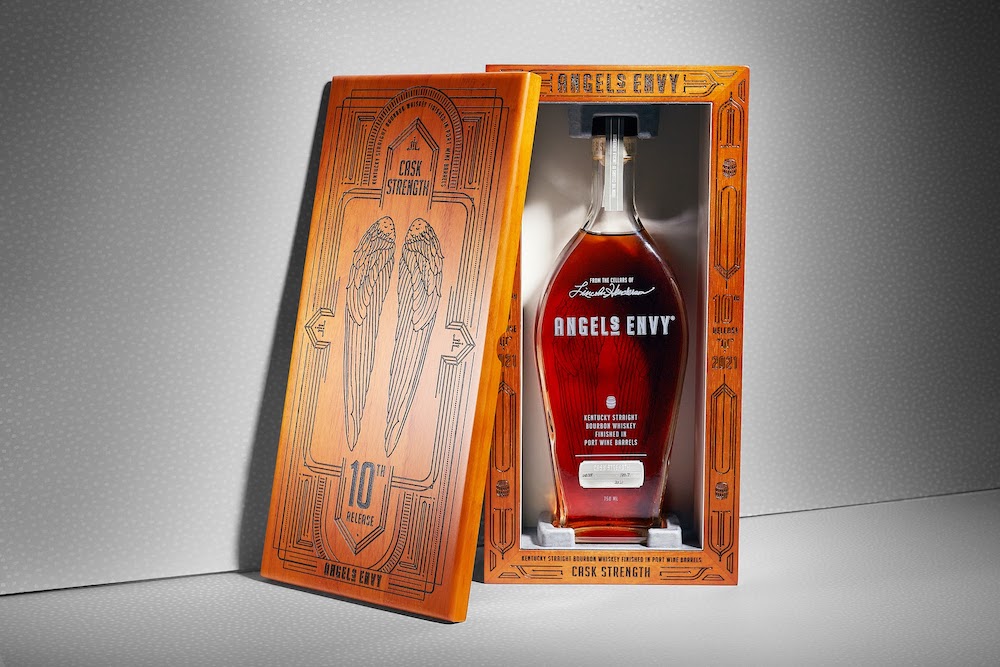 Angel’s Envy will be releasing the 10th annual Cask Strength Bourbon Whiskey beginning December 1, 2021. This limited edition of 14,760 bottles will be sold at the suggested retail price for a 750mL bottle of $229.99.

BourbonBlog.com first reported on the Cask Strength Angel’s Envy in 2021 and was the first media outlet to review and report on the Angel’s Envy Bourbon and Rye. We most recently interviewed brand and  Louisville Distilling Company co-founder Wes Henderson about the limited-run Madeira Cask in the video featured below and on this link.

This limited-edition, 120.7-proof (60.35% ABV) whiskey is the tenth release in Angel’s Envy’s Cask Strength program, and it is packaged in a commemorative and collectible carved hardwood box (pictured above).

Angel’s Envy says the 2021 release is complex on the nose, with notes of peach and cherry accompanied by hints of brandy, tea, and honey.

Notes of leather, toasted oak, and vanilla carry into the palate, along with flavors of stone fruit and port that give way to creamy Crème brûlée and honey with nutty marzipan. The finish features slight tannins and notes of black tea, apricot, and smoke.

“Putting together our annual Cask Strength release has become something of a tradition for our family. It’s hard to believe that we’ve been doing it for ten years.” Wes Henderson, Co-Founder and Chief Innovation Officer of Angel’s Envy tells BourbonBlog.com

“Back in 2012, our first Cask Strength release was a run of just 600 bottles available in only two states. So to see fans all over the country chasing down these bottles and sharing them with their friends and family as a special way to toast over the holidays or as a gift – it’s very rewarding and a reflection of how much Angel’s Envy has grown over the past decade.” 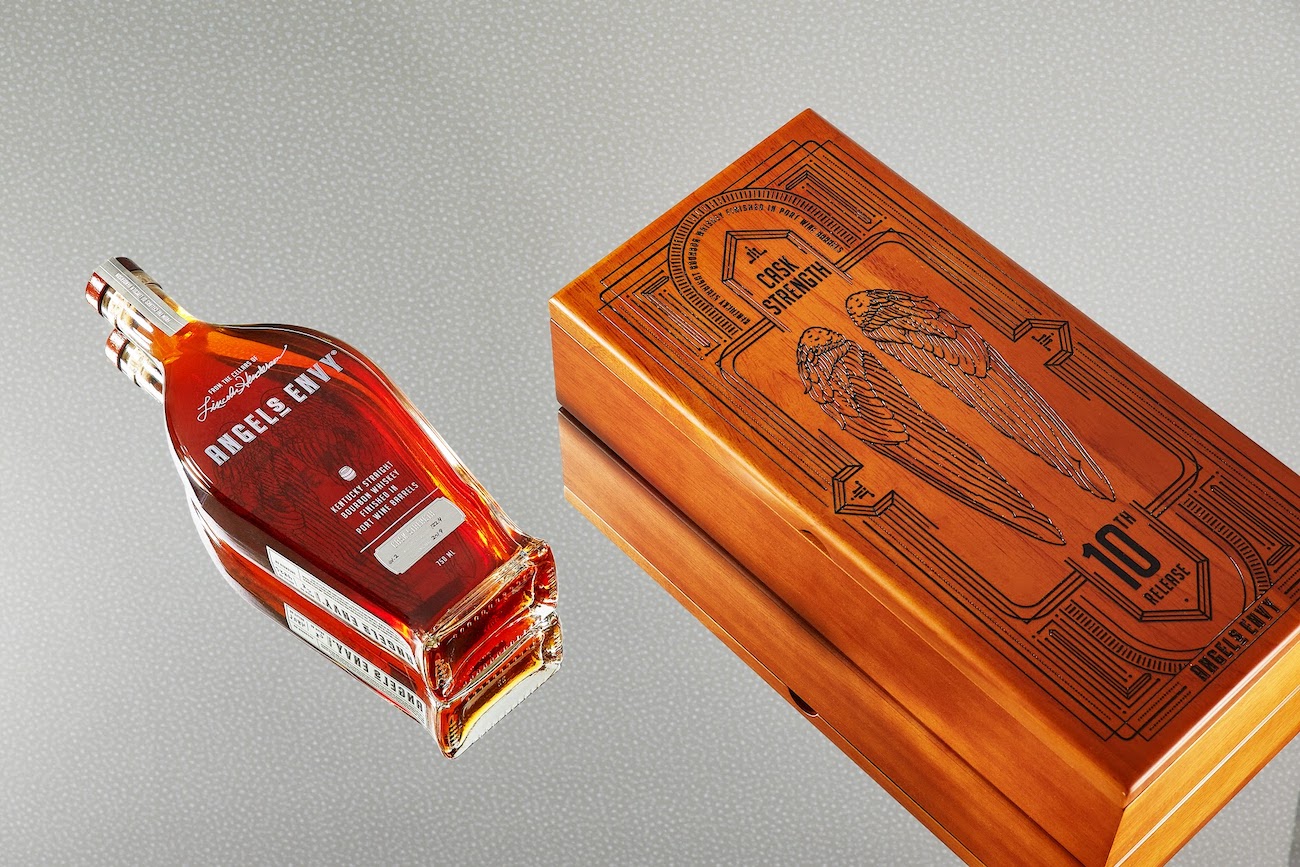 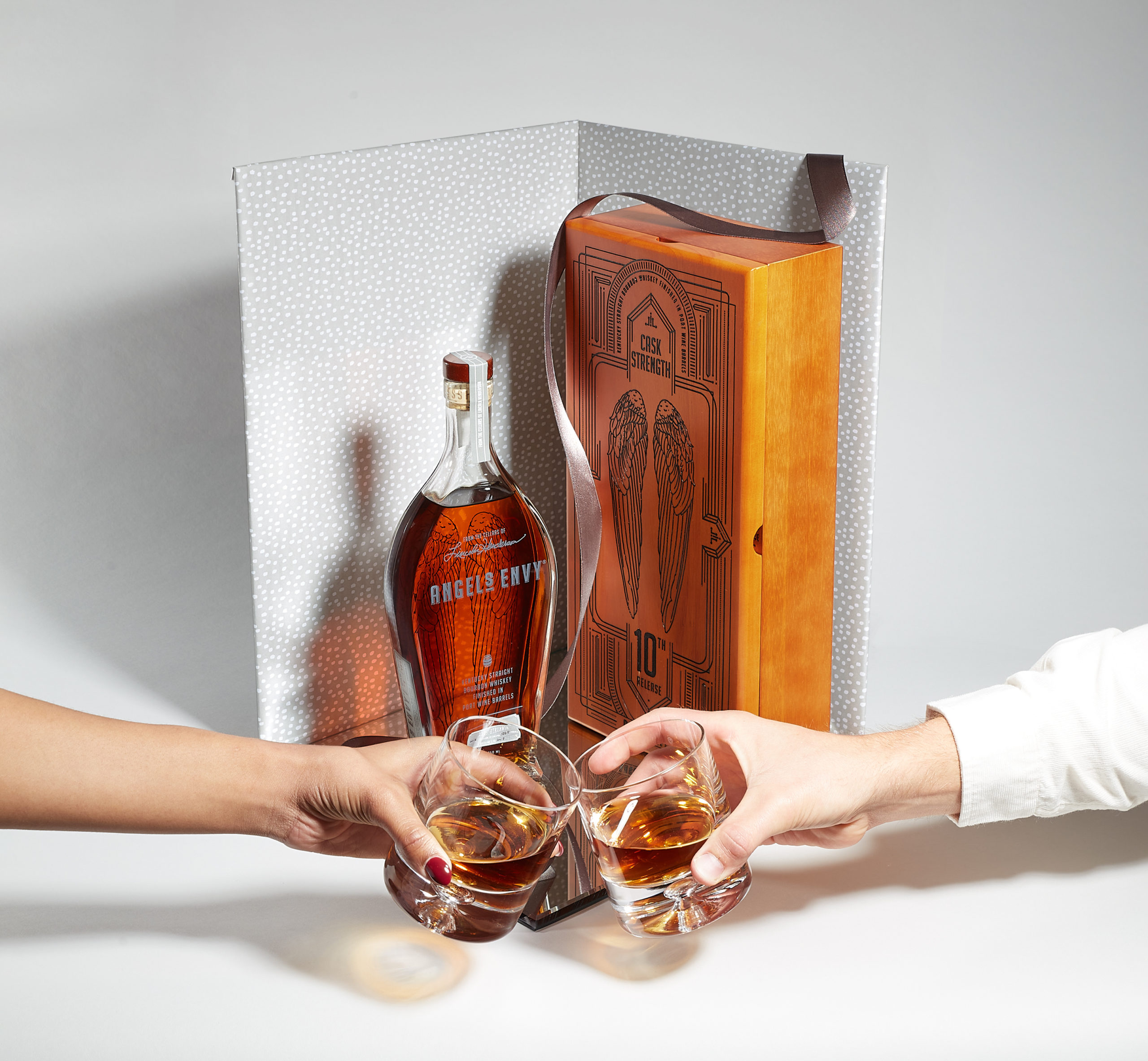