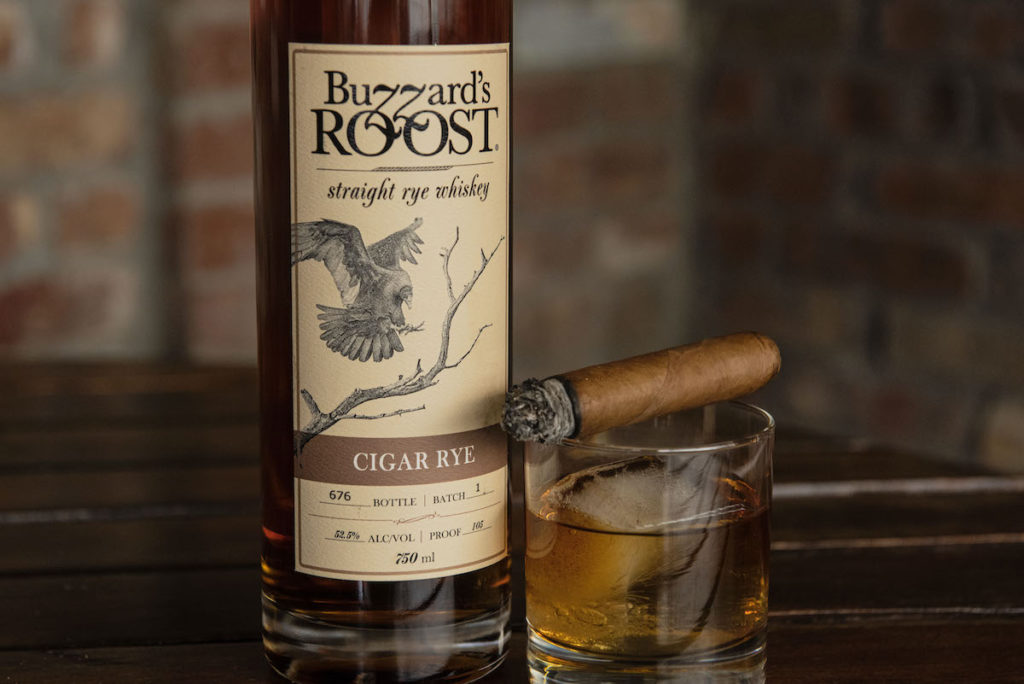 While we’ve seen a number of “cigar” whiskey expressions at BourbonBlog.com  which are typically whiskeys made to “pair” with cigars, Buzzard’s Roost is releasing new limited-edition rye that actually was created from a four-year-old whiskey aged in barrels that were cold-smoked with aged Kentucky tobacco leaves. Buzzard’s Roost Sipping Whiskeys are known for their experiments with unique types of barrel influences led by Founder and Master Blender Jason Brauner.

Buzzard’s Roost tells us the nose offers notes of florals and rye bread followed by a light hint of smoke and cinnamon and brown sugar. The palate is a delicate combination of candy sweetness and confectionery notes that fade mid-palate to citrus and cigar tobacco followed by a sweet and toasty finish.

At a 105 proof, this exceptional expression is made up of a mash bill of 95 percent rye and 5 percent malted barley.

More details to come on this release on BourbonBlog.com