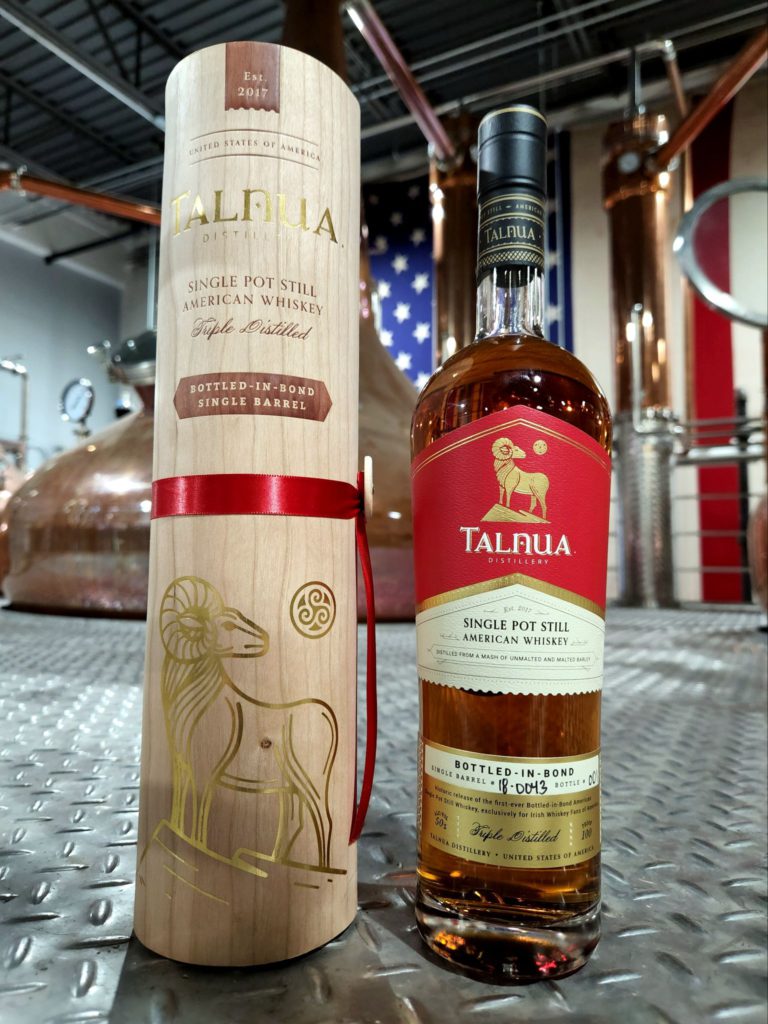 As Bottled-In-Bond whiskeys are quite popular recently, Talnua Distillery of Arvada, Colorado delivers the best of both worlds with a first-of-its-kind release in American whiskey.

Talnua tells BourbonBlog.com they’ve released the world’s first Bottled-in-Bond American Single Pot Still Whiskey. This milestone release in American whiskey was immortalized during the 4th of July weekend in accordance with the Federal Bottled-in-Bond Act of 1897.

The release was a single barrel presented exclusively at the Irish Whiskey Fans of America meetup which was hosted at the distillery.

BourbonBlog.com recent featured Talnau DIstillery on our YouTube Channel on this link, and in the video below.

How did the Bottled-in-Bond American Single Pot Still Whiskey Come About?

The release marks a hallmark moment in the revival of Single Pot Still Whiskey. The important bond between Ireland and America that has lasted for centuries inspired this release and the collaboration with Barry Chandler who is the creator of Irish Whiskey Fans of America and the Stories and Sips whiskey club.

As a friend of Talnua, Barry was asked to help select the Single Barrel that would be the first representation of Bottled-in-Bond Single Pot Still Whiskey in America.

The whiskey from a select few casks crossed the Atlantic to the ancestral home of Single Pot Still Whiskey where one was hand-picked for its unique qualities.

Supply of the single barrel was limited to less than 250 bottles, a handful of bottles remain at the distillery post-event and are available for pickup only at the distillery.  Talnua says there is currently no online sales or shipping available. 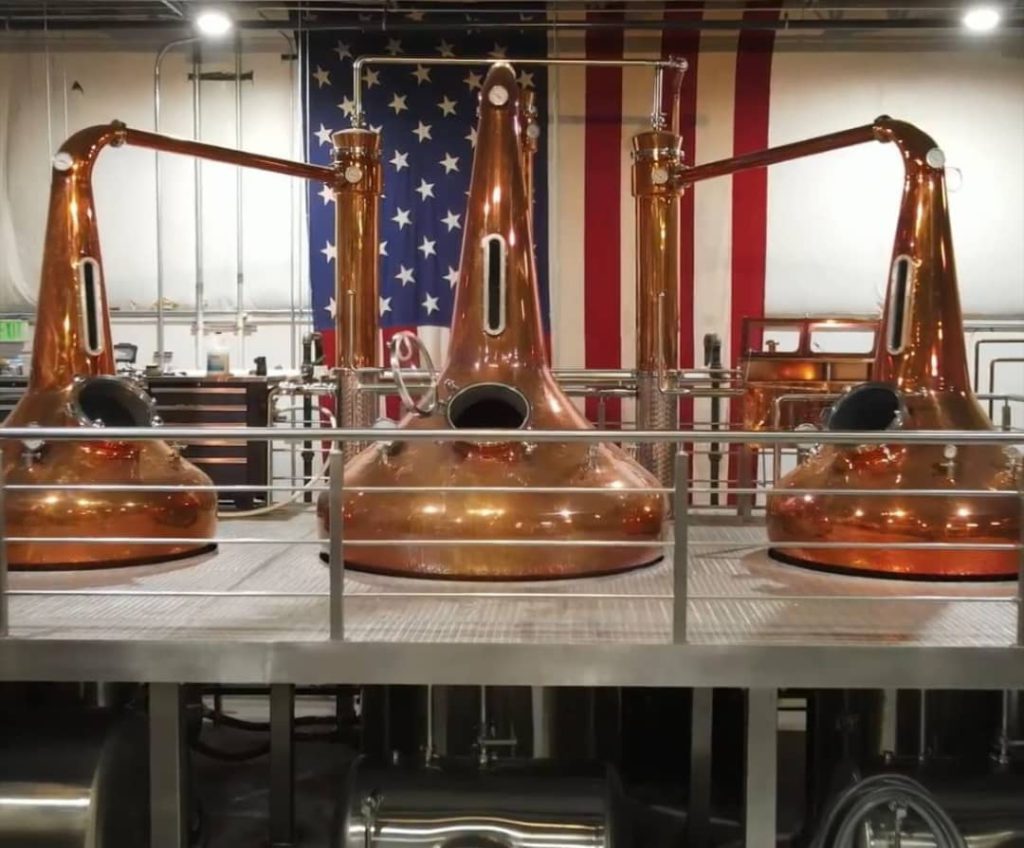 Talnua Distillery is an American craft distillery that was established in 2017. They have a mission to define a new chapter of whiskey history with the introduction of their American Single Pot Still Whiskey, true to Gaelic-style distilling practices using a mash bill of un-malted and malted barley and triple distilled in copper pot stills.

Located on the Front Range of the Colorado Rocky Mountains, the altitude, changing seasons, crystal clear mountain spring water, and local barley all lend a uniquely American terroir to their products. 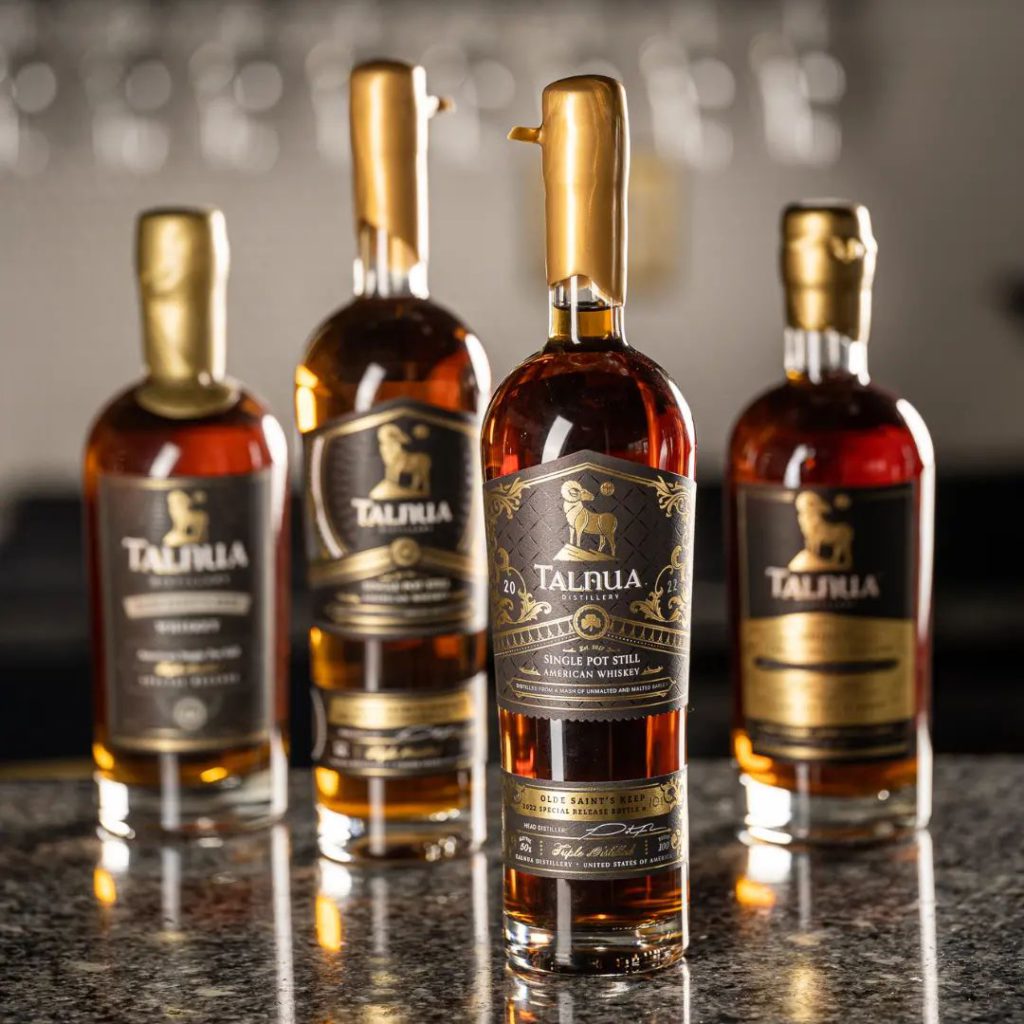 Talngue says the story all began husband and wife team, Patrick and Meagan Miller. In a Galway pub on their honeymoon, they sat watching the 2011 Ireland vs. USA Rugby World Cup Match. An eager bartender was thrilled to share with them the first single pot still whiskey to be released in decades.

He regaled them with the history of this nearly extinct style of whiskey and with the passion that one day, a single pot still would regain its rightful place on the world stage in the USA. From there, they began their distillery jour