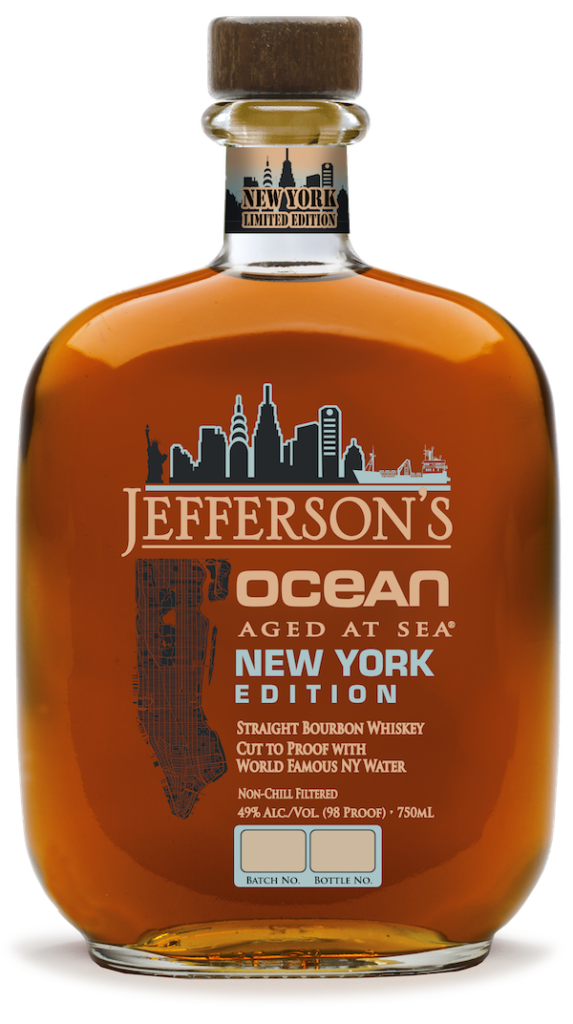 Jefferson’s Ocean Aged at Sea New York Limited Edition is bottled at 49% ABV and will be available on shelves and at local NYC on-premise accounts starting November 2022 (SRP $99 /750mL).

Prior to landing in New York and as part of the unique finishing technique for which the Jefferson’s Ocean series is known, the barrels of bourbon traveled through ports around the world, sailing through rough and smooth seas and experiencing a wide range of temperatures between the North Sea, Europe, the Atlantic Seaboard, and the Panama Canal.

When the barrels finished their voyage, they arrived at Manhattan’s first distillery since prohibition, where New York water was used to cut the bourbon to 98 proof and create this bold new liquid.

Why Are They Using New York Water?

Similar to Jefferson’s Ocean Aged at Sea New York Limited Edition, New York’s famous water takes a journey all its own – traveling from the Hudson Valley and the Catskill Mountains that are as far north as 125 miles from the city.

The water’s soft, almost salty quality has been known to add flavor and texture, and even “strengthen” the foods and beverages it’s added to, and bourbon is no different. 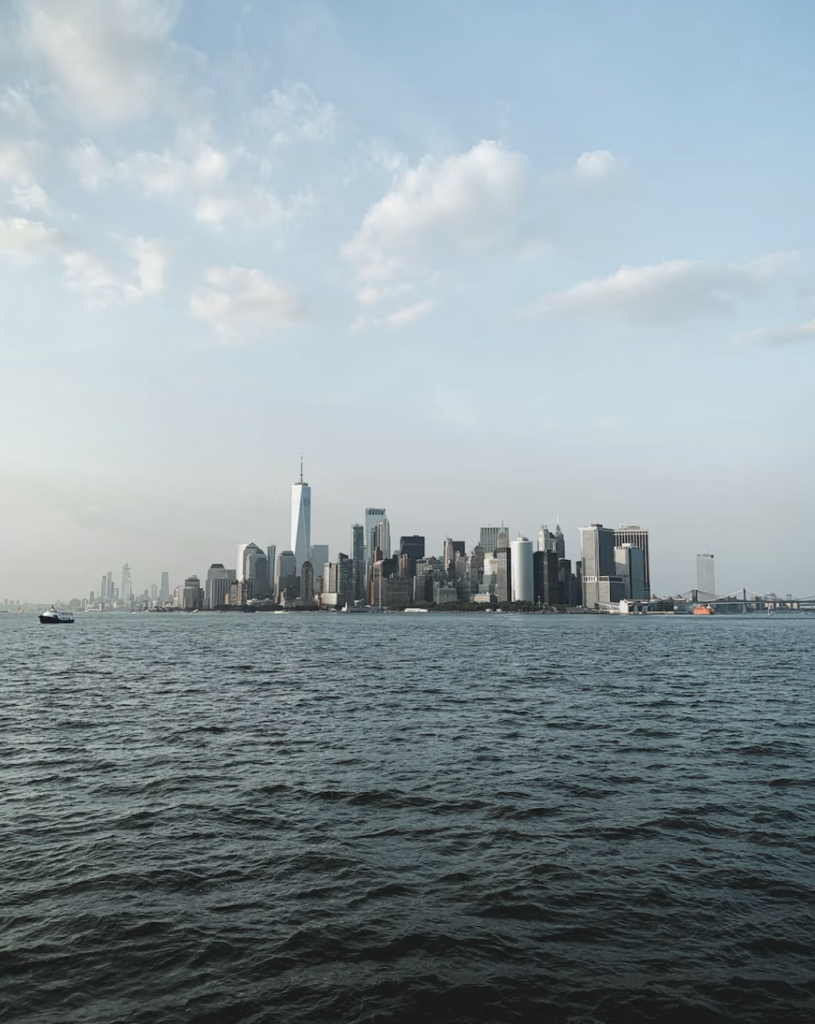 The combination of non-chill filtering, New York’s water, and the journey our barrels took to get here created a bourbon that contains layered flavors: textured caramel, cigar, and leather on the nose, cinnamon mid-palette, and a Crème Brûlée, nutmeg, salty finish.

“Like New Yorkers themselves, the city’s water has a magical quality about it. Inspired by legendary foods that are made tastier because of New York water – world-famous bagels, pizza, and doughnuts – I thought it would be interesting to experiment with it and see what effect it would have on this Kentucky-born product,” Zoeller tells BourbonBlog.com

“Jefferson’s Ocean Aged at Sea New York Limited Edition contains beautiful depth; it found its sense of adventure out at sea and developed layers of flavor enhanced not only by the aged-at-sea process – the constant motion of the water, the climate, salty sea air, and barrel agitation – but also by the excellent quality of New York’s water and that it’s non-chill filtered. All of this helped to yield a much bolder whiskey that reflects the boldness of the city in which it was finished,” says Zoeller.

IS THIS PIZZA MADE WITH THE FAMOUS NEW YORK WATER?

Not quite, but close. As a side but very relevant note. BourbonBlog.com founder Tom Fischer is a fan of New York and New Jersey pizza.

As Fischer has been hosting Bourbon tastings more and more on the East Coast, he has been sharing some of his favorite New York pizzas.

This photo below was taken at Kinchley’s Tavern in Ramsey, NJ alongside Matty Rock as Fischer and Rock cohost the Cigar Saturday Show each Saturday on YouTube.com/BourbonBlog 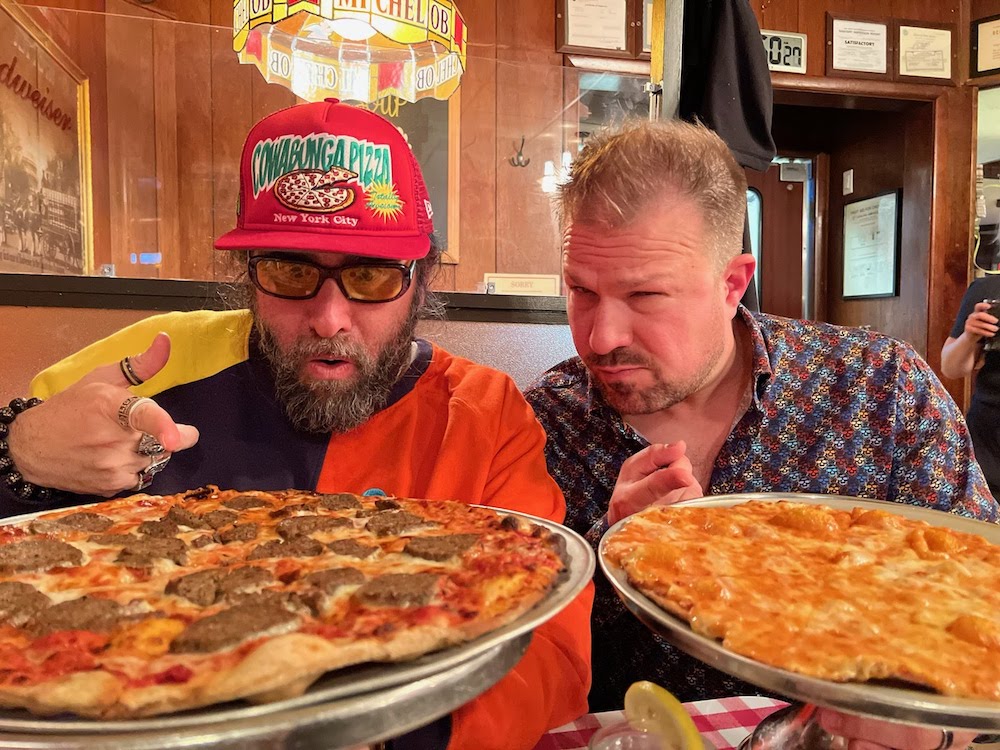