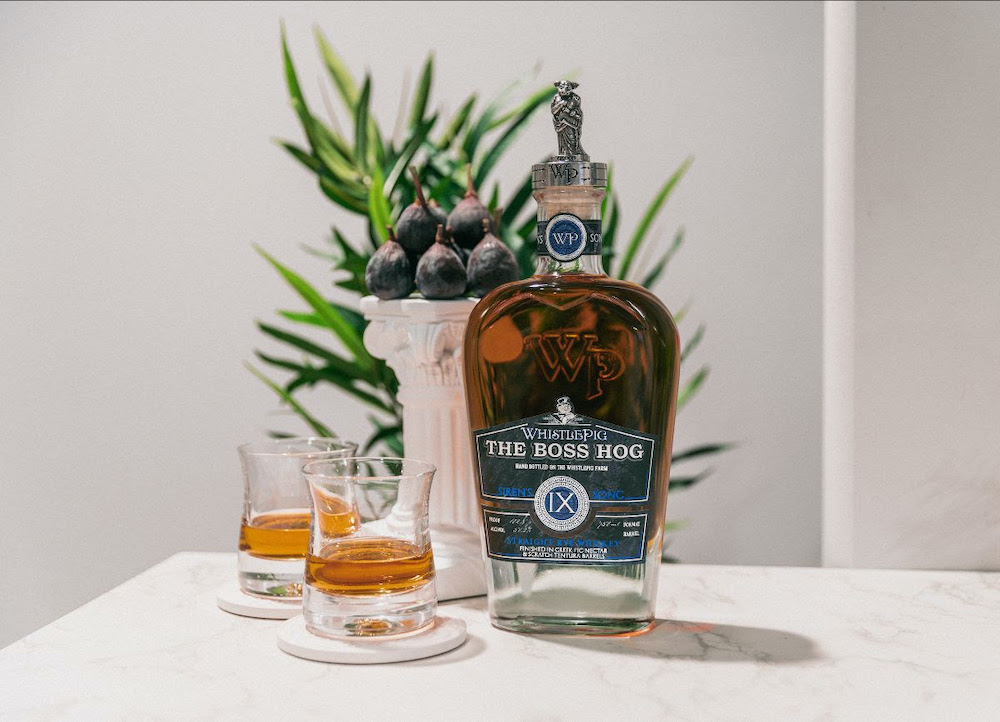 This is a single barrel, bottled at proof and distinctly unique from anything they’ve done before for a suggested retail price of $599.99 / 750 ml bottle.

Each bottle in the ninth edition is graced by the famous pewter pig as it has been in prior releases. However, for this release, there are nine distinct tops that are dressed as the different Muses in Greek mythology.

Thus, this gives collectors yet another reason to be on the hunt!

How They Made The Boss Hog IX: Siren’s Song

WhistlePig says Siren’s Song is an odyssey of maturation: a twice-finished, well-aged Rye that slumbered in casks seasoned with Greek Fig Nectar and barrels suffused with homemade Tentura.

Tentura is a traditional Greek liqueur born in the Peloponnesian city of Patras enlivened by the muses and inspired by Hellenic family recipes.

For the WhistlePig Rye Farm’s Tentura recipe, they scratch-made it with ingredients hailing from both Greece and their own fields of Shoreham, Vermont. It arrives in the glass throwing scents of cinnamon and citrus zest.

The palate finds ambrosial threads of clove, cardamom, and stewed orchard fruit, retreating upon rippled waves of raisin and prune.

Enter a labyrinth of flavor that would make even Homer blush.

“In homage to the Greek Muses who inspired all manner of discovery and creation, our Whiskey Scientist Liz and Head Blender Meghan have concocted a truly tantalizing elixir: Straight Rye Whiskey finished in barrels seasoned with Greek fig nectar and scratch Tentura,” WhistlePIg tells us. 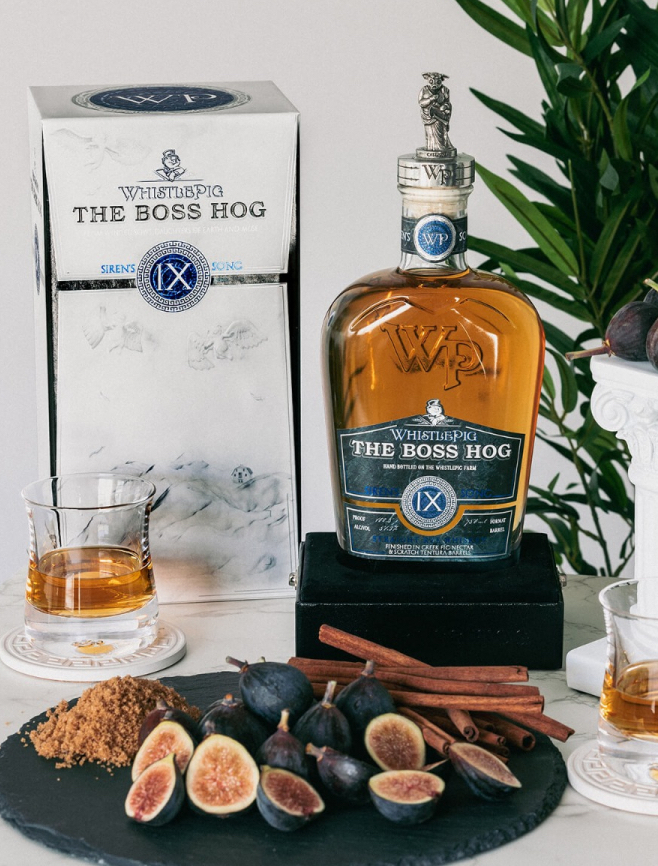 The  nine bespoke pewter toppers each represent one of the ancient greek muses: Calliope, Clio, Erato, Euterpe, Melpomene, Polyhymnia, Terpsichore, Thalia, and Urania (all pictures below).

The famous pewter toppers which have always been created for WhistlePig by Danforth Pewter of Vermont are.

WhistlePig says, “Amass them all if you dare; these others of creation also birthed the mischievous and mysterious sirens.

They will undoubtedly lure collectors with their melodious call and this Siren’s Song is destined to echo through the ages.” 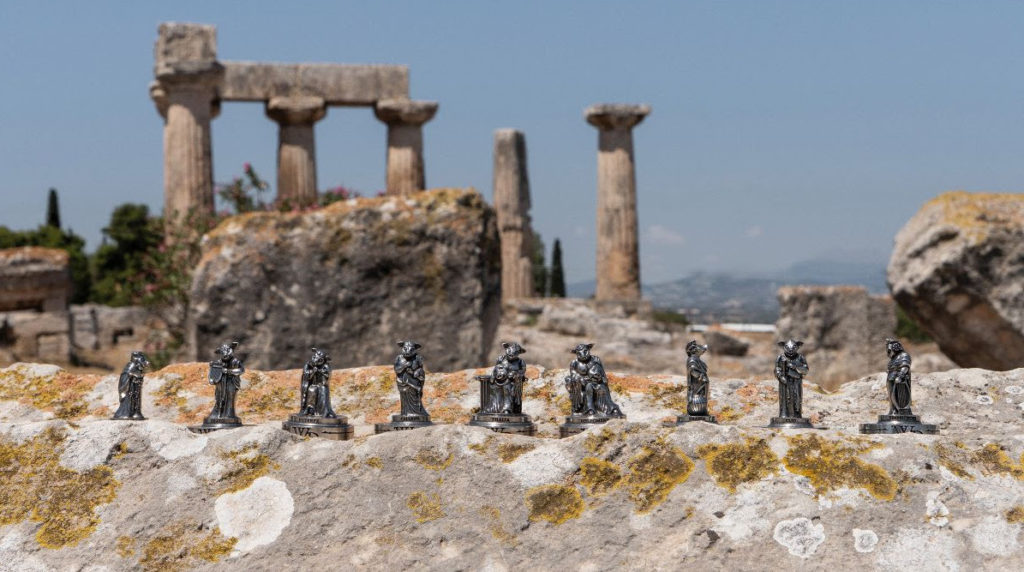 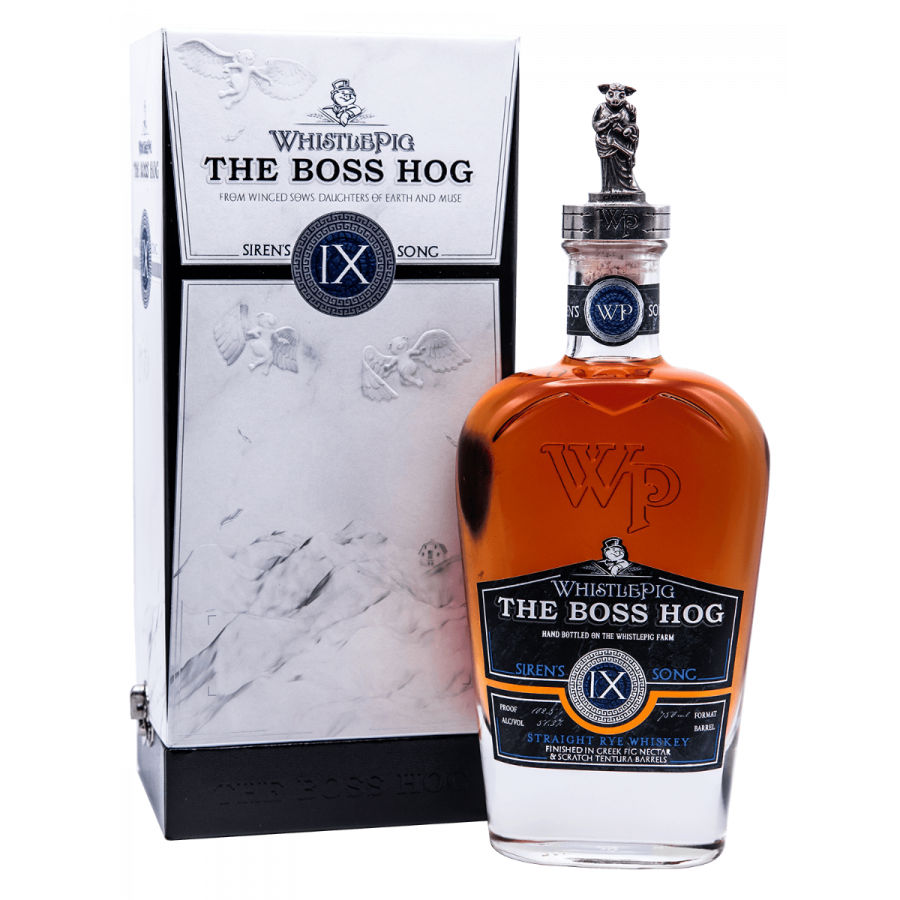