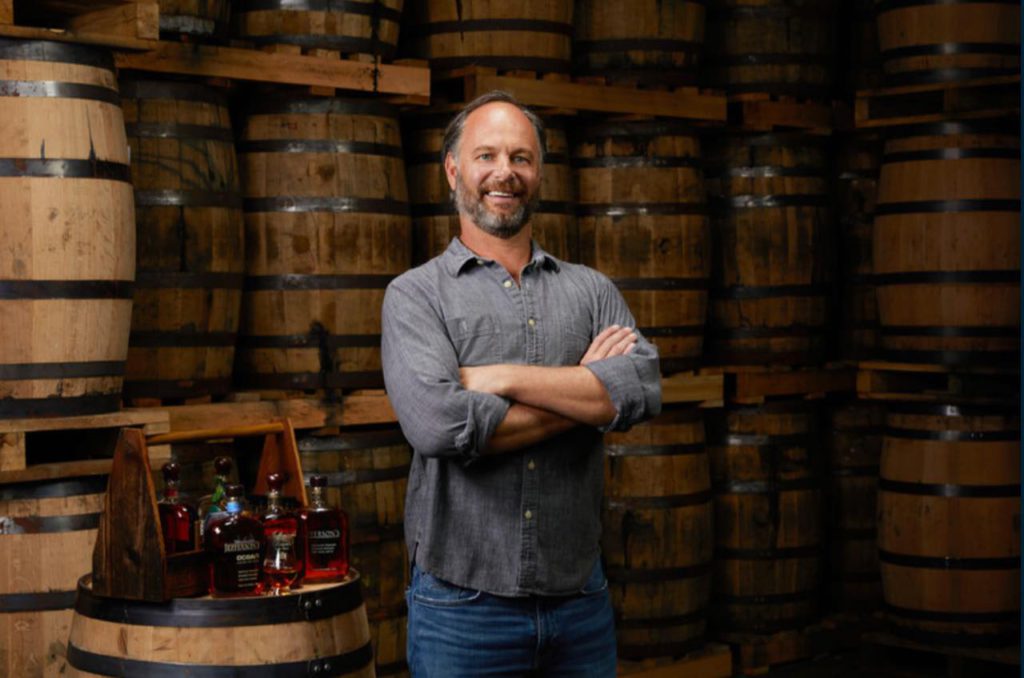 Join us in raising a congratulatory toast to Jefferson’s as Pernod Ricard tells BourbonBlog.com  they will invest approximately $250 million over five years to build a state-of-the-art, carbon neutral distillery, with related aging warehouses in Marion County, Kentucky for its fast-growing Jefferson’s Bourbon brand!

This investment will also include the building of a world-class visitor center facility that will welcome whiskey aficionados on the historic South Trail of Kentucky Bourbon.

According to Pierre Joncourt, SVP, Operations, Pernod Ricard North America, “Construction of the new distillery – which will have a 7.5 million proof gallon capacity — is expected to begin in January 2023. Our target completion date for the distillery and related warehouses is 2025.” 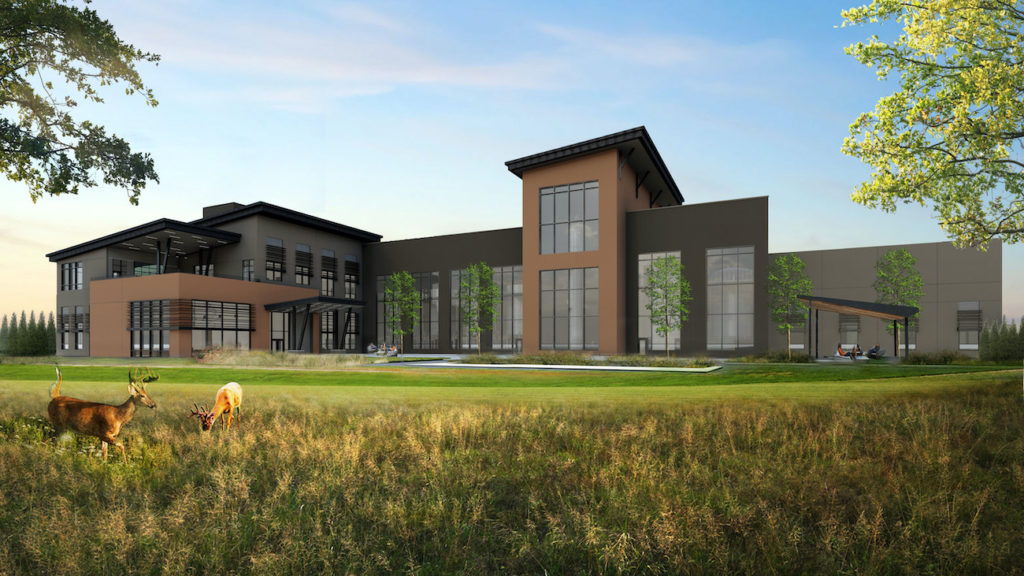 “American whiskey is an extremely vibrant spirits category, and our strategic investments over the last few years have proven successful,” said Alexandre Ricard, Chairman, and CEO, of Pernod Ricard. “Our philosophy of partnering with entrepreneurial brand founders, while preserving the heritage and terroir associated with the brands they created, has made us an established player in premium American Whiskey. Jefferson’s founder Trey Zoeller is no exception. This new investment will allow us to grow our share of category sales not only in the U.S., but also in export markets,” Ricard said.

Ann Mukherjee, Chairman, and CEO of Pernod Ricard North America said the new distillery will enable Jefferson’s to efficiently keep up with very strong consumer demand while staying true to the company’s longstanding commitment to sustainability. “American whiskey is booming, and Jefferson’s growth has been phenomenal,” Mukherjee said. “We’re very bullish on the brand’s potential, and we’re committed to making our new Jefferson’s facility one of the most exemplary distilleries in the world in order to achieve it.

Jefferson’s has long been a brand we are fans of at BourbonBlog.com. Bourbon expert Tom Fischer says he has been honored to feature Jefferson’s in Bourbon tastings he has hosted at Food Network South Beach Wine & Food Festival in Miami to top events from London to Los Angeles.

Additionally, Fischer was the first to break the story on the creation of Jefferson’s Ocean in 212 and has followed the growth of the brand. 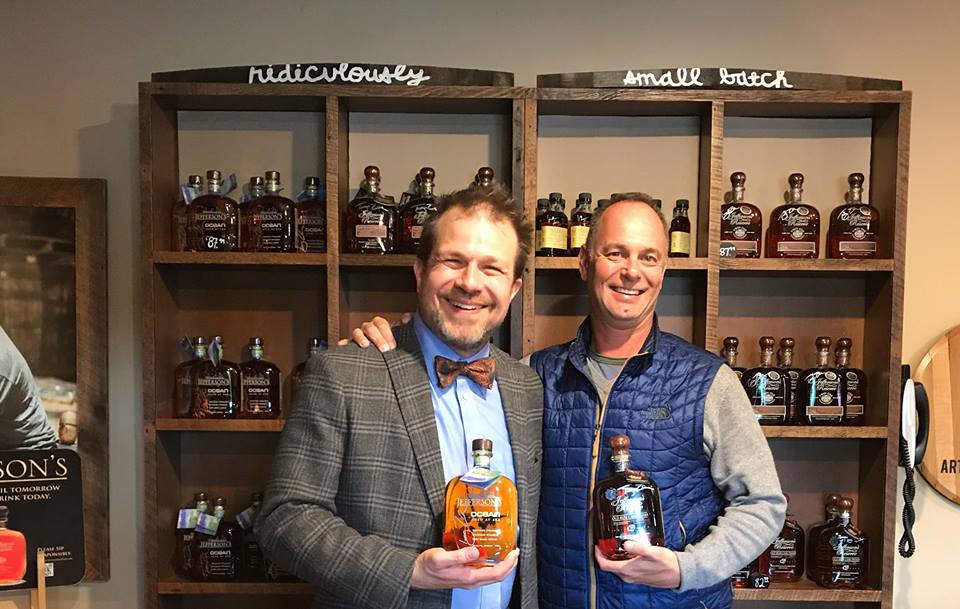 Pernod Ricard has announced the intention for this new distillery to be carbon-neutral once operational. The facility is also expected to be the first distillery of its size in the U.S. to achieve LEED certification, an internationally recognized sustainability framework for healthy, efficient, carbon, and cost-saving environmentally friendly buildings. The distillery and warehouses will include such low carbon technologies as:

In addition, as part of Pernod Ricard’s commitment to protect and nurture the terroir surrounding its facilities, Jefferson’s will continue to partner with local farmers and suppliers to source ingredients and casks.

“Our company is an agricultural company at its core and so it is vital that we lead the category forward – in partnership with our farmers and growers – and remain committed to the long-term sustainability of our people, our industry, and our planet. This investment is the latest illustration of that belief,” said Mukherjee.

Pernod Ricard’s Irish Distillers and Chivas Brothers brand companies recently announced plans to invest in decarbonizing their distilleries and creating new carbon-neutral facilities, following the example set by The Absolut Company, which has consistently set the industry standard for sustainable production. Pernod Ricard is on track to meet the ambitious targets set out in its 2030 global sustainability & responsibility roadmap, ‘Good Times from a Good Place,’ which aligns with the United Nations’ Sustainable Development Goals. 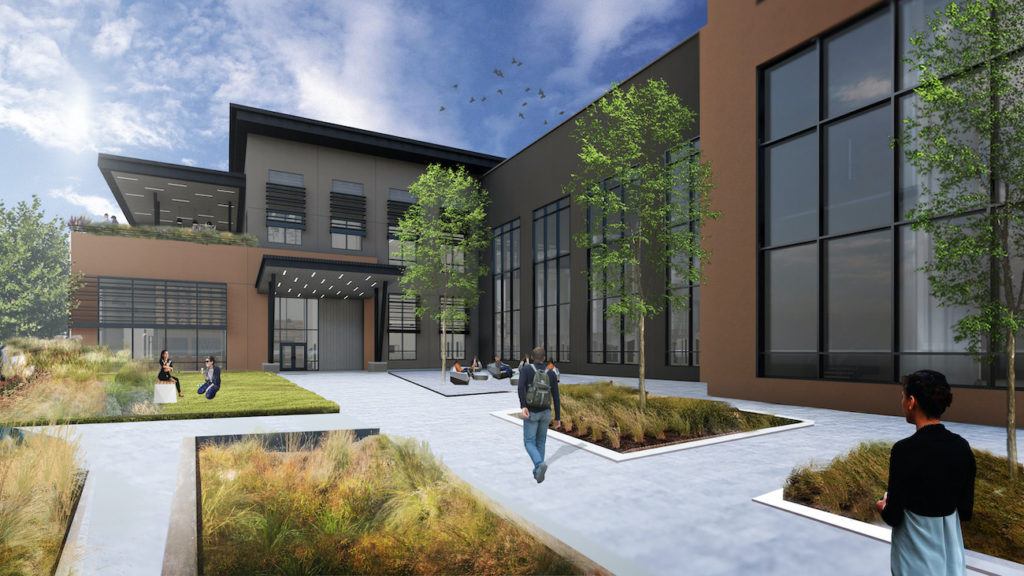 Founded in 1997 by Trey Zoeller and his father Chet, Jefferson’s joined the Pernod Ricard portfolio in 2019 when the company acquired the brand’s parent, Castle Brands. Known for his unrelenting thirst for adventure, as well as a decades-long passion for crafting the world’s most unique expressions of bourbon, Trey Zoeller continues to guide Jefferson in his role as Founder and Chief Strategist. Since the acquisition, Jefferson’s U.S. sales have doubled. 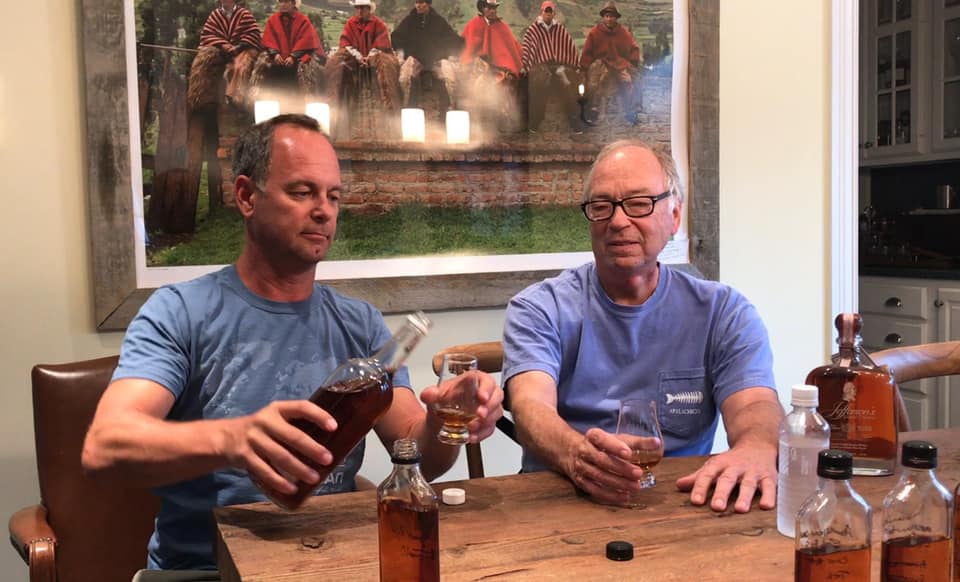 “For the last 25 years we have been sourcing, contract distilling and — through Kentucky Artisan Distillery — distilling ourselves,” Zoeller said. “It is now time for us to take more control of our destiny. The carbon neutral, state-of-the-art distillery we are building would not be possible without Pernod Ricard’s forward-thinking, integrity, and commitment to Jefferson’s and the Bourbon category’s future.”

Pernod Ricard USA’s capital investment in the new distillery and visitor center is expected initially to add roughly 55 new company jobs in Kentucky while generating extra economic benefits for Kentucky-based businesses during the construction period. It is the latest in a series of moves made by Pernod Ricard to expand its investment in U.S. manufacturing and grow its share in the lucrative American spirits and wine market.

In 2022, the company’s Ft. Smith, Arkansas manufacturing plant has invested in new canning and bottling lines. 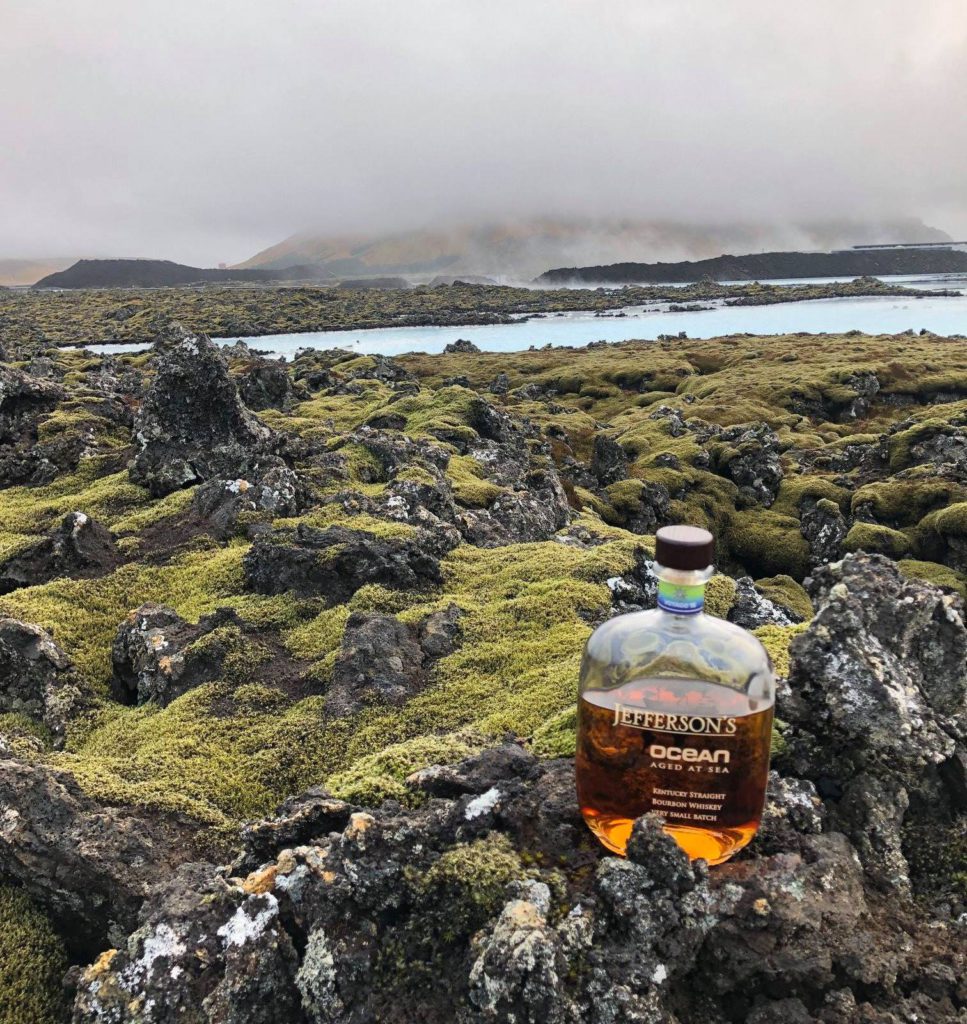 in August 2019, Pernod Ricard acquired the TX Whiskey brand, based in Fort Worth, Texas. TX is known for its bourbon made from a proprietary yeast derived from the pecan tree, the official state tree of Texas.

In July 2019, Pernod Ricard acquired a majority stake in Rabbit Hole Distillery, known for its super-premium bourbon and iconic distillery in Louisville, Kentucky.

“U.S. whiskey sales are expected to account for a significant amount of Pernod Ricard USA’s total volumes within the next 5-10 years, and the U.S. whiskey export business also has enormous growth potential,” Craig Johnson, SVP American Whiskey Collective, said. “To help achieve these ambitious performance goals, the American Whiskey Collective was created the result will be further accelerated growth from our ‘new fashioned’ whiskey portfolio, focused on pushing boundaries rather than adhering strictly to tradition,” said Johnson. 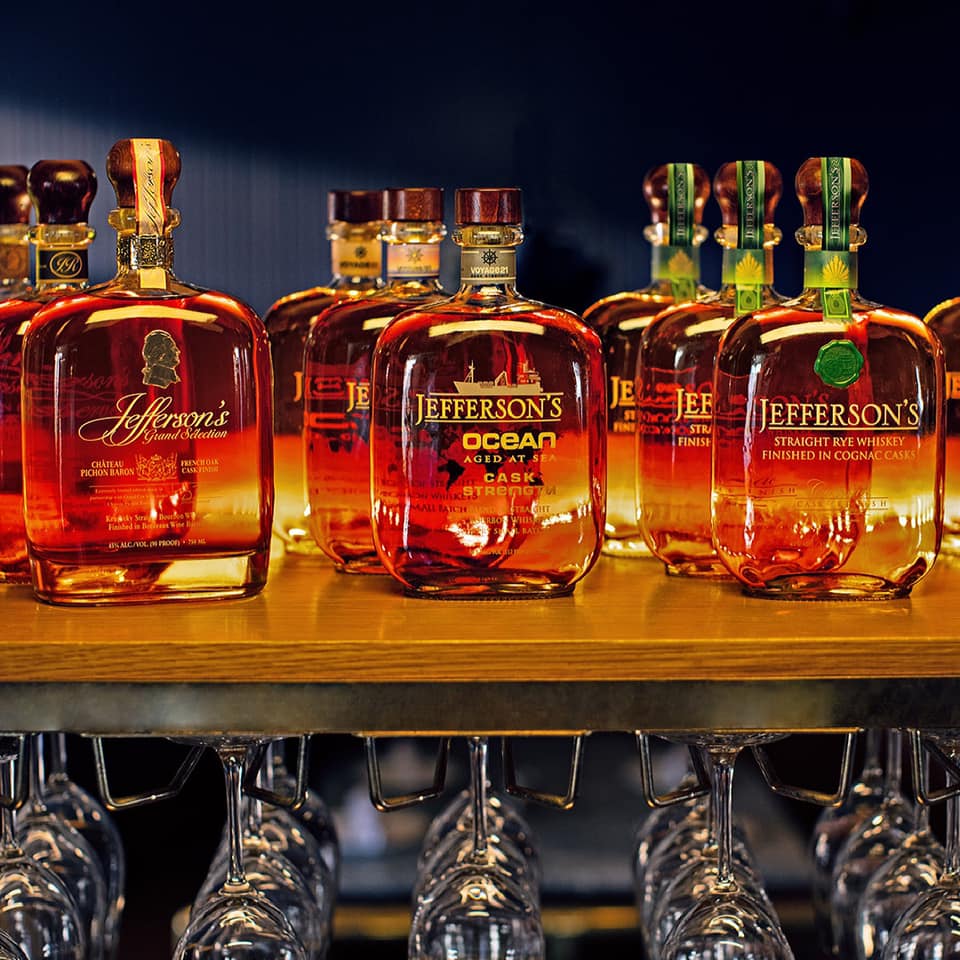