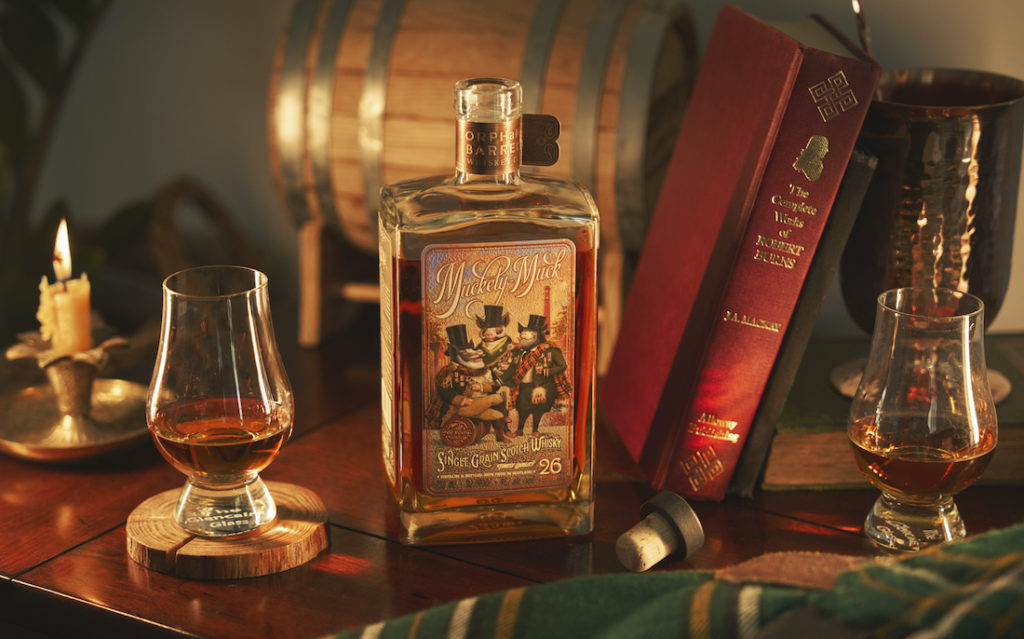 Hailing from the storied Port Dundas Distillery which closed in 2010, this blend pays homage to the 24 and 25-Year-Old Muckety-Muck bottles yet has a distinct profile on its own as the oldest whisky in the collection. (See the image below of Port Dundas).

The limited edition bottle is available in limited quantities at select spirits retailers nationwide with an SRP of $299.99 for 750ml. 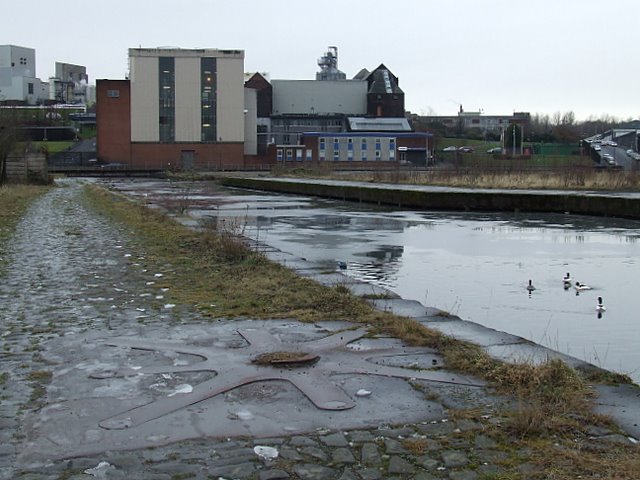 As BourbonBlog.com was first to break the story of The Orphan Barrel Whisky Co. in 2013, we continue to follow the story of how the brand searches for rare whiskies hidden away and nearly forgotten.

This 26 Year Old Single Grain Scotch Whisky is one of those remaining stocks, from Port Dundas in Scotland.

Set beside the canal on a hill overlooking the vibrant city of Glasgow, Port Dundas was a prominent local landmark established in 1810 and gifted the world two centuries of exceptional whisky. Although it closed its doors in 2010, there are rare remaining stocks that provide a glimpse into the past of one of Scotland’s most respected distilleries. 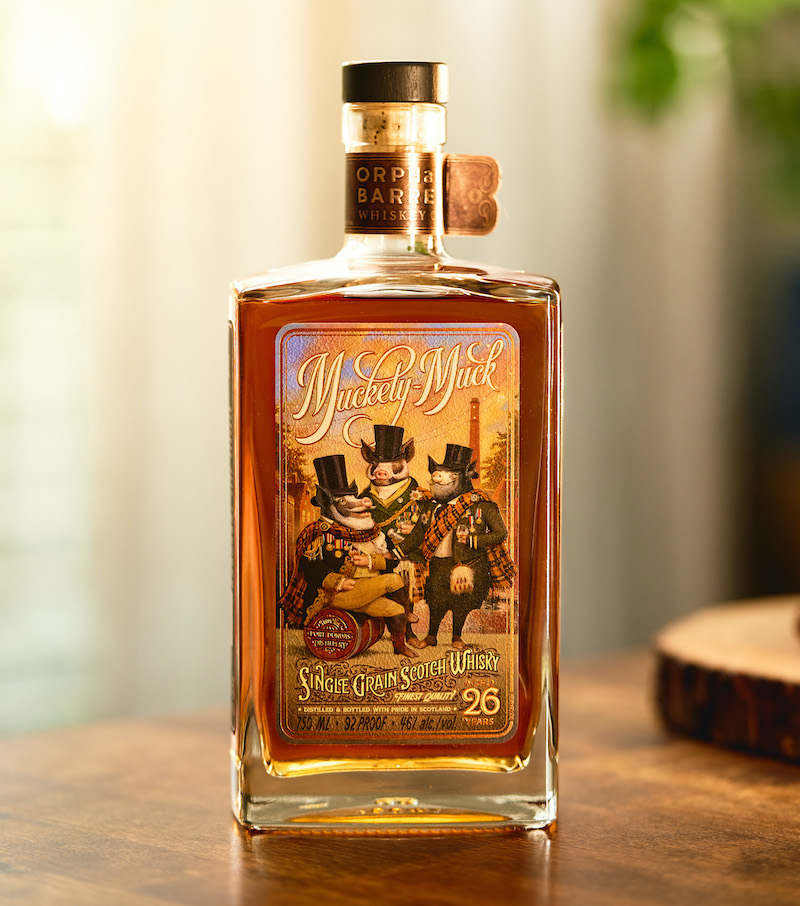 Port Dundas was also home to a piggery with hundreds of pigs during the distillery’s most successful years. Legend has it that these storied swine fed on spent, leftover malts (called draff), and one particularly special prized pig named Muckety-Muck won over passersby with his decorated wall of medals in the breeding shed.

Six Variants of the Bottle

The three gentlemanly hogs on the Muckety-Muck 26-Year-Old bottle label celebrate the fabled prize pig of Port Dundas and the trilogy of whiskies in his honor.

Six variants of the bottle label are available, with the three pigs proudly boasting a Scottish tartan sash in either red, green, blue, gray, orange or yellow, making the range of label variations a truly collectible keepsake. This limited edition whisky and caricature are a tribute to traditional Scottish culture and Port Dundas’ beloved heritage story.

Bottle Photo Credits: Miguel Buencamino of @HolyCityHandcraft and Wikipedia for the Distillery pic.