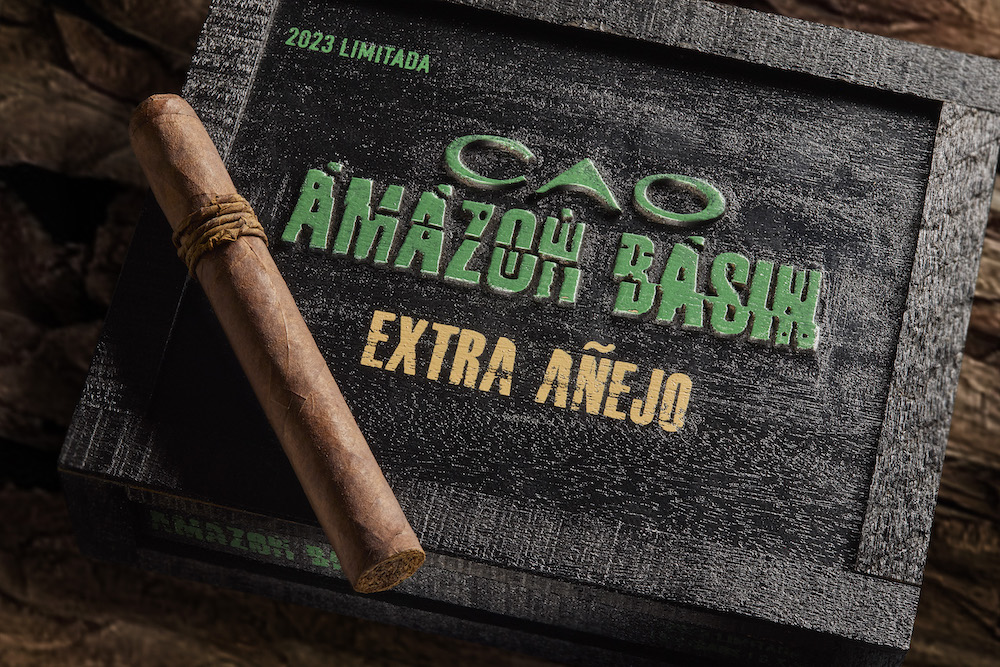 To add to your cigar and whiskey pairings for 2023, some news today from CAO…

Named for the rare, Amazonian Rainforest-grown tobacco in its blend, CAO  Amazon Basin is a small batch, limited edition expression that debuted in 2014 and remains one of the premium cigar category’s most memorable smokes.

CAO tells BourbonBlog.com that in January 2023, Amazon Basin will be taken to the next level with the release of CAO Amazon Basin Extra Añejo.

As the name suggests, Extra Añejo speaks to additional aging given to the Amazon Basin blend. The cigars were crafted in 2021 and left to mature in a room lined with fragrant Spanish cedar where, for two years, the tobaccos aged, mellowing some of the blend’s nuances, while making others more pronounced.

Price and Number of Boxes Created

CAO Amazon Basin Extra Añejo will be available starting in mid-January in 18-count rustic wooden boxes. For the 2023 release, 5,800 boxes have been made exclusively for the US market.

How the Cigar is Made

Amazon Basin Extra Añejo is centered on a tobacco varietal called “Bragança,” which is organically grown in an Amazonian rainforest and harvested just once every three years. Native farmers transplant the seedlings directly into the soil a full yard apart from each other, resulting in less than half the yield of other tobacco plants.

After harvest, artisans roll the leaves by hand into tubes called “carottes” where they undergo six months of natural fermentation. They are then transported out of the rainforest by canoe, taken to the mainland, and ultimately brought to the CAO factory in Esteli, Nicaragua.

There, CAO’s blenders bring the aromatic Brazilian Bragança leaf to life, surrounding it with tobaccos curated from four different countries. Sheathed in a hearty Ecuadoran Sumatra wrapper from the highest primings, with a Nicaraguan binder and a touch of Dominican and Colombian leaf in the filler, CAO Amazon Basin Extra Añejo is as exotic as the rainforest from which it originated.

Handcrafted at STG Esteli in Nicaragua, this medium-bodied blend is warm and earthy, with notes of wood and salted caramel.

Ed Lahmann, senior brand manager of CAO tell us, “When we launched Amazon Basin, we were the first in the world to use tobacco from the Amazon. Today, CAO Amazon Basin still stands out as one of the most important blends we have ever developed. Since we never rest on our laurels, we decided to take a page from the whisky world and age the finished Amazon Basin cigars. The result is a smoke that is refined and rounded, and an absolute pleasure to smoke.” 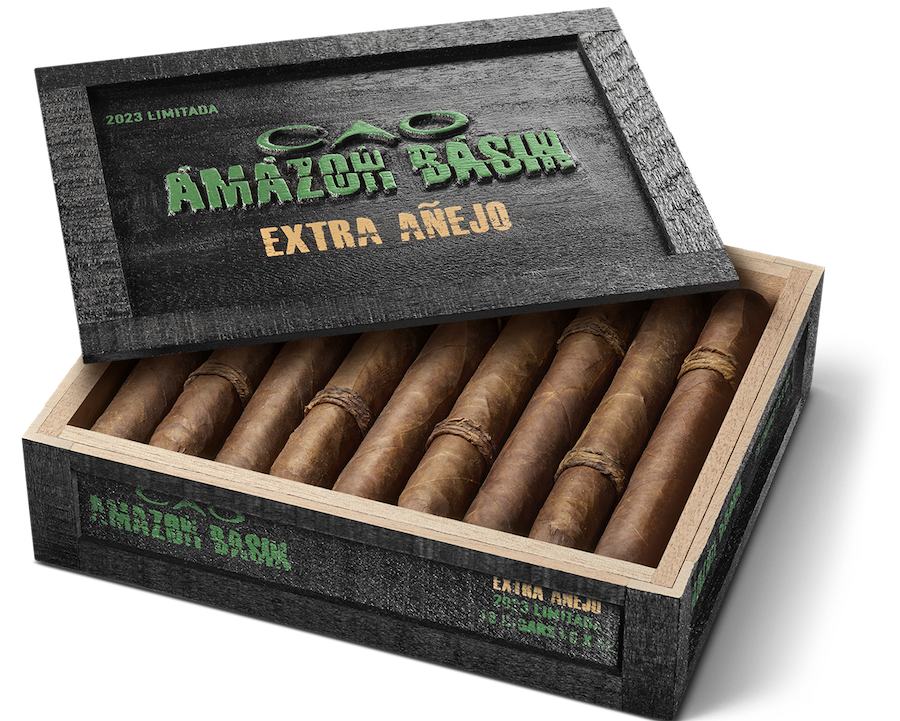