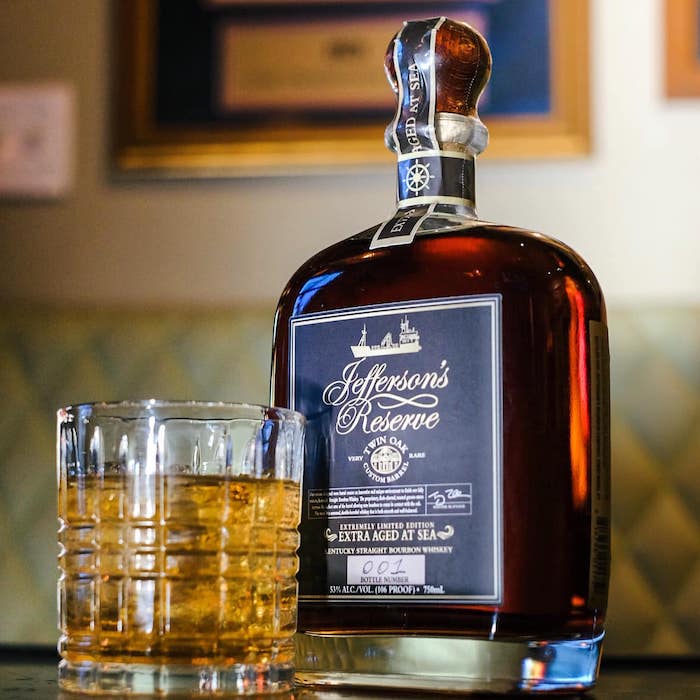 Jefferson’s Bourbon Whiskey tells BourbonBlog.com that they have released a very limited edition Jefferson’s Reserve Twin Oak Extra Aged at Sea Bourbon Whiskey. It is only available at the distillery for a price of $250 bottle

At 106 proof, it is fully matured straight bourbon whiskey that is finished in proprietary barrels which were developed in collaboration with Independent Stave Company and Jefferson’s Bourbon.

To go a step further, Jefferson’s then sent them on an ocean voyage.

This special barrel that Jefferson’s collaborated with Independent Stave Company with is extra seasoned and grooved out to provide twice as much surface area for the bourbon to come into contact with the oak – resulting in a seasoned, double-barreled whiskey that is both smooth and well-balanced with a bit of spice and wood.

How the Ocean Voyage Shaped the Bourbon

The liquid was given an opportunity to interact even more with the oak from the constant agitation of the ship as well as impart flavors from the sea-salt air – providing a beautifully savory finish on the bourbon. 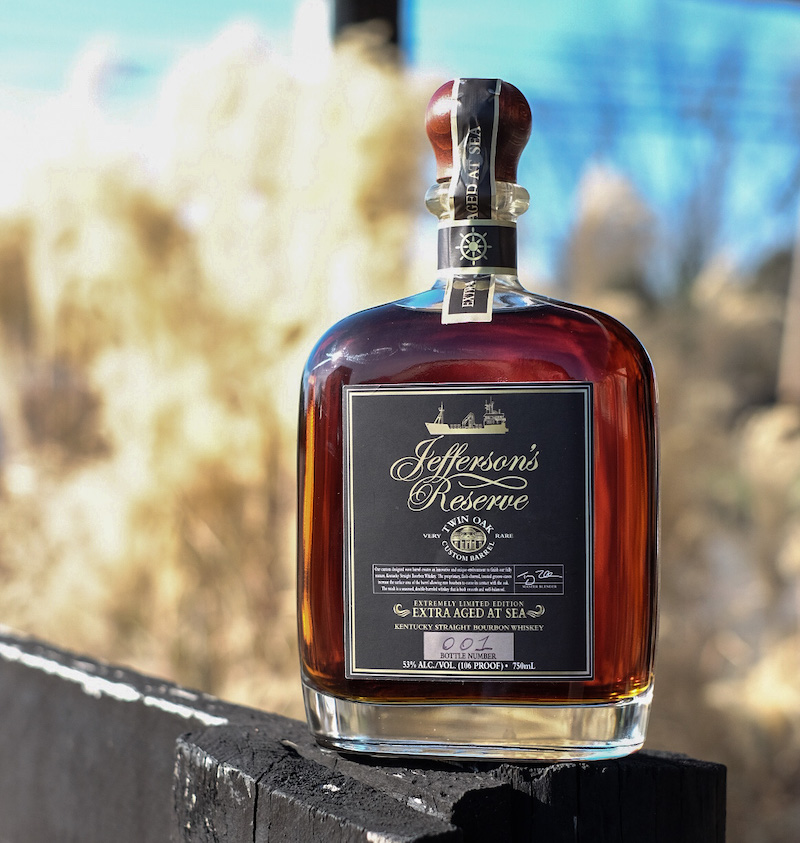